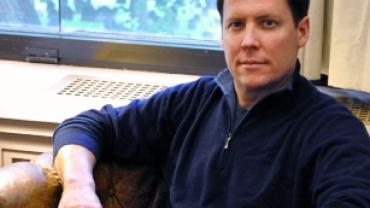 Dan McNichol “grew up in the dirt” of Bryn Mawr, PA.  He played in the sand with Tonka trucks and blocks, and when he got older, worked for his father’s firm, the D.J. McNichol Construction Company. On the McNichol side of the family, he comes from at least five generations of Irish road builders. At this point, he believes road dirt is in his DNA.

Given his background, it’s not surprising that while many grumble when they hear the words big and dig in the same sentence, McNichol thinks it was “the most exciting thing in the world” to have been in the middle of a city torn asunder by cranes and construction vehicles.  He had been studying the Big Dig from afar in his White House appointed position at the Department of Transportation, so when he was offered a position to be one of the spokespeople for the Big Dig, he couldn’t have been happier.

After years of answering questions for the BBC, The Discovery Channel, The New York Times, and other news and education agencies, McNichol found himself identifying less with the politics of the Dig and more as its historian and storyteller.  The Big Dig (2000), a book he was required to leave his job in order to write, not only tells the story of tunneling and construction techniques but of the poor residents who lost their neighborhoods, an island with Native American artifacts used as a dumping ground and later a park, quiet but creative engineers, “black mayonnaise,” razor blades, rats, and of course, politicians—some eager and some reluctant to move forward. The book also contains stunning images.  Of the photographer Andy Ryan, McNichol commented “Andy and I were joined at the hip during the project” and marveled at Ryan’s uncanny ability in capturing the exact shot he was hoping to have for the book.

McNichol’s second book, The Big Dig at Night (2001) was conceived one evening while walking his dog, Emma.  There in the darkness, he saw a man named Stephen SetteDucati taking pictures of workers at a construction site, and the wheels in his brain began to turn.  He realized that he had yet to fully document the most dangerous, and perhaps most interesting aspect of the Big Dig—the night shift.  McNichol especially enjoyed the artistic element of this particular book and all of “the lights and shadows” to which SetteDucati was originally drawn.

His third book, The Big Dig Trivia Quiz Book (2002), was an amusing factoid project, and even more amusing was seeing the book beside Big Dig calendars and candy bars at large bookstores.  His fourth book was The Roads that Built America: The Incredible Story of the U.S. Interstate System (2003).  When asked how he managed to acquire so many wonderful historic images for the book, McNichol responded that he was amazed at how many “road history buffs” wanted to help him.  His art director used many Corbis and Getty images, but while doing research at the National Road Museum, National Archives and Federal Highway Administration, the Eisenhower Presidential Library, and other libraries and historical societies, staff were always eager to find materials for him, as if helping him tell the story stemmed from some patriotic higher calling in which all wanted to take part.

McNichol has many construction heroes, his two favorites being President Eisenhower and John Louden Mcadam.  It was the latter who brought him to the Boston Athenæum for the first time so that he could take a look at the 1819 edition of Remarks on the Present System of Roadmaking.  It’s wasn’t long before McNichol became a regular in the 5th floor reading room.  When he needs to take a break from his technical writing, he often turns to Irish writers like James Joyce and Leon Uris.  His absolute favorites, however, are Hemingway, Kerouac and Steinback, who all knew something about travel and the road.  “I can’t help it,” McNichol remarked.  “I’m road-centric. Construction centric.”  Steinbeck, who worked for the roads in his youth, even features in McNichol’s fifth book, Paving the Way: Asphalt in America (2005).

Today, McNichol has his sights set on roads outside the U.S. “Romans mistakenly get credit for building the first significant road-net. But, it was the Chinese who developed the first major road-system with its many Silk Road trade routes.” Every year McNichol and his Chinese born wife, Dr. Jin Ji, spend a month in the Central Nation [China], while he studies China’s rapid infrastructure development. McNichol muses about the concentric circles of the world’s road-making:

“Roadways began making their way into history with the Chinese Silk Roads which first connected Eastern and Western cultures. The Romans improved on the Silk Roads when they built their fabled 50,000-mile network spreading across Europe. The British helped launch the American Industrial Revolution with Macadam’s flexible road pavements that became the first pavements used in the US. Highway paving was mechanized to an art form during the construction of the Eisenhower Interstate System. Completing the circle, the Chinese are modeling their new superhighways, I call the ‘interprovincial System,” from specifications taken from the US Interstate System. My research has gone full circle, around the world and back to where it began – China.”

For the latest news on Dan McNichol’s work, one may visit his website.