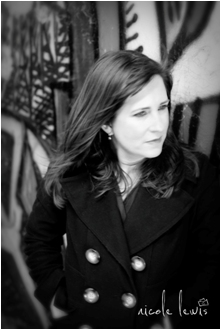 Talking to Diana Renn, author of the young adult novel Tokyo Heist, one gets a strong sense of how much labor goes into writing a book.

“This started as an adult novel,” Diana said, explaining that the original draft was told in alternating chapters between an adult Violet, the main character, and her teenage counterpart. “But the older character just wasn’t progressing well, and everyone in my writing group was more interested in the younger character. I realized I could hear her voice much better.” Diana sat down for a complete rewrite. “The teenage Violet chapters were set in the ‘80s, but I realized that as a young adult novel, it didn’t need to be set then. So then I put the story in the present time, and it took off from there.”

Tokyo Heist is the story of an art heist that takes Violet from Seattle to Tokyo and Kyoto. The original draft, however, didn’t take place in Japan at all; instead, it all took place in Seattle, Diana’s hometown. While she had visited Japan on her honeymoon in 2004, it would have been difficult to return for a research trip.

“It was kind of tricky, because I knew I couldn’t go back to Japan to research with a baby on the way, so instead I had Violet looking for lost art in old Japantown in Seattle.” But the story fell flat, and Diana decided to send her character to Japan one way or another. “I did a lot of online research, book research, and consulted travel guides, videos, and Japanese films.” A member of the Japan Society of Boston, Diana was able to consult with Japanese friends as well. “Even after the book sold, a Japanese friend and I read the entire book page by page to make sure I had accurately captured Japanese culture.”

The author engaged in hands-on research at the Museum of Fine Arts, where she volunteered in the paper and conservation department. For two weeks, she measured Japanese prints and entered them into a database. This experience also provided an opportunity to talk to an international expert in Japanese printmaking, as well as the chance to learn terminology unique to conservation departments. “Learning to use phrases like ‘rehousing the prints’ instead of ‘putting the prints in a box’ was important,” Diana explained.

Diana moved to Boston to attend graduate school at Brandeis, and the city has been her home ever since. Most of Tokyo Heist was written in the Writers’ Room of Boston, where she was a member. Currently, she finds it easier to write at home or at a local library near her son’s school, but as he grows older and his school days grow longer, Diana hopes to spend more of her time writing at the Boston Athenæum.

“Right now when we come to the Athenæum, we come as a family for story time,” Diana said. “My favorite room is the children’s room. When I look at the shelves, I see the books I grew up with in their original bindings, and it reminds me of my childhood. It’s a great mix of contemporary and classics. Visiting the children’s room reminds me of why I became a children’s writer. My ultimate goal is to write something that will stay on these shelves.”

Find more information about Diana Renn and her writing on her website.