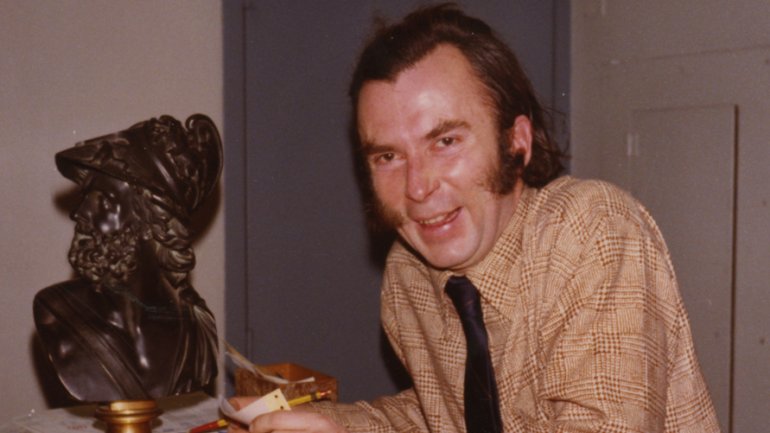 Donald Castell Kelley was born April 29, 1928, to Dorothy and Joseph Kelly in Boston, Massachusetts. Kelley studied at the Museum School of Fine Arts, Boston, where he trained in painting as a distinguished pupil. While there, he won the Bartlett Traveling Scholarship, which allowed him to study abroad, thus inspiring a lifelong passion. He also traveled courtesy of the US government during the Korean conflict, although he probably found little time to appreciate the local culture and art. He gained considerable experience during his travels and returned to earn a formal education from the Yale University School of Art and Architecture. He graduated in 1960 with a master’s degree in fine art.

In 1967, Kelley began his curatorial career as gallery director at the Boston Athenæum. Here, he revitalized interest in the library’s long legacy of displaying art. He organized an impressive array of frequent displays, some of which became traveling exhibitions in partnership with other institutions. The annual report recounts some of Kelley’s efforts with colleague Jack Jackson.

“In October they crowded the exhibition room with the Evelyn Coker Collection of Valentines, in honor of the fiftieth anniversary of Miss Coker’s joining the staff of the Athenæum. By an imaginative use of garlands and festoons of blue crepe paper they turned the whole room into the simulation of an enormous Valentine.”

Kelley also wrote a catalog on a collection that has since grown to become one of the Athenæum’s renowned signature collections. Artists of the Book was a traveling exhibition sponsored by the New England Foundation for the Arts and shown at the Athenæum in the summer of 1988. Kelley published other catalogs for Athenæum exhibitions, but he was also an artist in his own right. His studies had concentrated on painting, but he took up printmaking in later life. The Athenæum holds several works by him, and his work appears in the Boston Public Library, the Museum of Fine Arts, Boston, and many private collections. Local galleries continue to carry his works, and Galatea Fine Art includes an artist’s statement:

“Empathy lies at the heart of my figure drawings; I try to communicate directly through feeling. For example, when I am drawing or painting a representation of the body, I imagine myself within that body.”