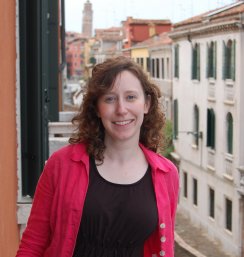 “We seem a bit obsessed with the Victorian period today.”

Dr. Sheila Cordner is commenting on the recent uptick in the exploration of the Victorian period in American pop culture. Cordner suggests there may be something about the structure of the era that resonates—a comfort to the rigidity that scratches us right where we itch, before adding, “We love seeing characters who break out of that structure. Particularly female characters, who learn to thrive even in situations where they’re facing so many obstacles.” Perhaps the media centered on the Victorian time is a reflection of, and a way to transfigure, a shared anxiety in our society.

Cordner grew up in Westchester County, New York, in a house full of books, leaving home for undergraduate work at Smith College with an enduring appreciation for literature. At Smith she majored in English and spent a year at Oxford. It was during this year that she fell in love with writing and independent research. Classes demanded only an hour or two of her time per week; the rest she spent ensconced in quiet, self-directed study. She earned her masters in English and Comparative Literature at Columbia while working for Columbia University Press (acquiring a love for publishing along the way), and attributes her drive to write books, in part, as a result of meeting so many professors passionate about their own writing projects. That passion was contagious, and while pursuing her PhD in English Literature at Boston University, she began work on a dissertation that would ultimately become her new book Education in Nineteenth-century British Literature: Exclusion as Innovation, though at the time, concrete plans to expand and publish were not yet concrete. Cordner spoke at the Victorian Literature and Culture Seminar at Harvard University, the Huntington Theatre Company in Boston, and the Jane Austen Society of North America’s Massachusetts chapter, and presented her work at numerous national and international conferences. Before pursuing university teaching and academic writing, she worked in the public relations department at Carnegie Hall and at Columbia University Press in New York, and taught at Dana Hall School and Phillips Academy Andover in Massachusetts. She currently teaches in the humanities at Boston University.

Cordner was pleased to find, upon completion of her book, an infectious jones for all things Victorian in America and abroad. “It doesn’t always happen to scholars to discover the world at large is interested in the subject they’ve been working on. It was thrilling.” Even more thrilling is the fact that she has an engaged and enthusiastic audience for her book, that it appeals across demographics. In fact she describes the positive feedback, from within educational circles and from without, as the great joy of the whole process. The great struggle? Keeping herself from pursuing the myriad tangents of interest that unfurled before her as she immersed herself in research.

“I met my editor at a conference I attended in Venice. We were sitting in this piazza. She had read one of my other essays that I’d published in another book and asked if we could meet at this conference. It was a very wonderful first meeting.” Prior to the book’s publication in England and New York in 2016, Cordner rewrote and revised much of the text at the Boston Athenæum. A friend had once shown her around the building and Cordner was struck by the atmosphere. When she knew she needed a quiet place to finish her book, she signed up for membership and made her way to the fifth floor to work undisturbed, aligning herself with a Boston writer’s tradition that spans centuries and genres alike. Mornings are when the writing gets done, and research is for afternoons.

In her book, Cordner unpacks a history of traditional education models in nineteenth century Britain, and the ingenuity that some prominent figures—including Jane Austen, Elizabeth Barrett Browning, and Thomas Hardy—leveraged to forge their own path in the face of an exclusionary system. She traces how these well-known authors, excluded from Oxford and Cambridge because of their gender or social class, carved out their own path of rigorous independent learning. Cordner set out to write a book that could be readily understood and enjoyed by both experts and non: “As an academic and professor, one of my main goals is to make these great works of literature more accessible.” That the book has been so well-received is a testament to her lucid and compelling prose.

Having researched Victorian education extensively, Cordner is surprised at how relevant the concerns of the time are to today’s discourse. “It strikes me how so many of these debates are still ongoing.​ Standardized testing, for example. I was interested in the Victorian period because this was when education was made accessible to the masses for the first time in Britain’s history. It wasn’t until 1870 that Parliament passed legislation paving the way for a universal education system. You picked up a Victorian periodical [then] and I guarantee you there’d be some reference to these education debates. It was such a hot topic of conversation and people were so troubled by it. ‘What will happen if we give the masses education? We want to give them just enough to keep them out of the pubs, but not enough to get them to overturn the rigid class structure.’” What have we inherited, good or bad, from these older approaches? What are the echoes? Cordner mentions standardized testing and the attendant limitations, but in the positive column, there is a push to emphasize the value of independent learning, and imaginative, innovative thinking, thanks to the ground work laid down by Austen et al.

This December Cordner will present at the Boston University Women’s Guild, discussing the current fascination with the Victorian Era.​ She has some projects on the horizon, among them a new book in the works about how Victorian children’s literature responded to education reform. Keep your eyes peeled!