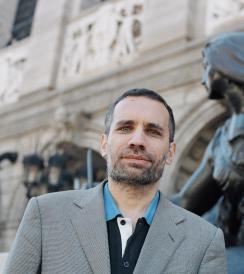 Freelance journalist Joshua Kendall is the author of The Man who Made Lists:  Love, Death, Madness, and the Creation or Roget’s Thesaurus and the co-author of three academic psychology books.  His articles have appeared in The Boston Globe, The Washington Post, Psychology Today, and many other publications.

In his latest book Kendall takes on the life of American lexicographer Noah Webster.  The Forgotten Founding Father: Noah Webster’s Obsession and the Creation of An American Culture, will be published by Putnam/Penguin in April 2011.

Like Roget’s, Webster’s is a household name though the life story of its author is relatively unknown.  Asked in a recent email to describe what he was surprised to discover about Noah Webster, Kendall responded:

I had assumed that the author of America’s first great dictionary was just a word-nerd.  I had no idea that he also hobnobbed with such luminaries as George Washington, Benjamin Franklin and Alexander Hamilton.  The breadth of his achievement also astonished me.   Little did I know that his speller — completed almost a half century before his American Dictionary —  would go on to sell a hundred million copies by the end of the 19th century.   Webster was a major figure in the history of American publishing who also edited New York City’s first daily newspaper.  And in his spare time, he wrote influential pamphlets on the key policy issues of the day and helped to found Amherst College. 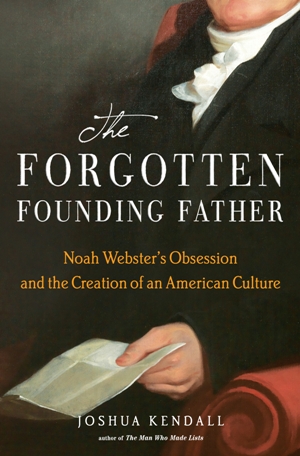 Born in New York City, Kendall received his BA from Yale before doing graduate work in comparative literature at Johns Hopkins University.  Kendall has won national journalism awards from Mental Health America and the American Psychoanalytic Association for his reporting on contemporary mental health issues. A member of the Boston Athenaeum for ten years, Kendall describes the library as “an invaluable resource for my books — particularly the two most recent ones on the wordsmiths, Peter Mark Roget and Noah Webster.  I’m obsessed with the obsessed, and it’s been a great place to pursue my own obsessions.” Joshua Kendall will speak at the Boston Athenaeum on April 14th, the official release date of The Forgotten Founding Father: Noah Webster’s Obsession and the Creation of An American Culture.