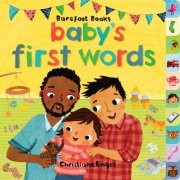 Come spend the day with a busy baby and her two dads and learn the words for all the things you see along the way. Includes seek-and-find pictures.

Daddy, Papa, and Me by Leslea Newman; illustrated by Carol Thompson

The story of a toddler’s daily activities with two loving fathers.

Mommy, Mama, and Me by Lesléa Newman; illustrated by Carol Thompson

A baby enjoys a number of fun activities with her two mothers.

Two worms in love decide to get married, and with help from Cricket, Beetle, Spider, and the Bees they have everything they need and more, but which one will be the bride and which the groom?

“Heather’s favorite number is two. She has two arms, two legs, and two pets. And she also has two mommies. When Heather goes to school for the first time, someone asks her about her daddy, but Heather doesn’t have a daddy. Then something interesting happens. When Heather and her classmates all draw pictures of their families, not one drawing is the same. It doesn’t matter who makes up a family, the teacher says, because ‘the most important thing about a family is that all the people in it love one another.'” —Provided by publisher.

“When a teacher asks the children in her class to think about what makes their families special, the answers are all different in many ways—but the same in the one way that matters most of all. One child is worried that her family is just too different to explain, but listens as her classmates talk about what makes their families special. One is raised by a grandmother, and another has two dads. One is full of stepsiblings, and another has a new baby.” —Provided by publisher.

This Day in June by Gayle E. Pitman; illustrated by Kristyna Litten

“A picture book illustrating a Pride parade. The endmatter serves as a primer on LGBT history and culture and explains the references made in the story.” —Provided by publisher.

When Mattie is cast as Romeo in an eighth-grade play, she is confused to find herself increasingly attracted to Gemma, a new classmate who is playing Juliet.

Better Nate Than Ever by Tim Federle

“Nate Foster has big dreams. His whole life, he’s wanted to star in a Broadway show. (Heck, he’d settle for seeing a Broadway show.) But how is Nate supposed to make his dreams come true when he’s stuck in Jankburg, Pennsylvania, where no one (except his best pal Libby) appreciates a good show tune? With Libby’s help, Nate plans a daring overnight escape to New York. There’s an open casting call for E.T.: The Musical, and Nate knows this could be the difference between small-town blues and big-time stardom.” —Provided by publisher.

“When people look at George, they think they see a boy. But she knows she’s not a boy. She knows she’s a girl. George thinks she’ll have to keep this a secret forever. Then her teacher announces that their class play is going to be Charlotte’s Web. George really, really, REALLY wants to play Charlotte. But the teacher says she can’t even try out for the part . . . because she’s a boy. With the help of her best friend, Kelly, George comes up with a plan. Not just so she can be Charlotte—but so everyone can know who she is, once and for all.” —Provided by publisher.

Simon vs. the Homo Sapiens Agenda by Becky Albertalli

“Sixteen-year-old, not-so-openly-gay Simon Spier is blackmailed into playing wingman for his classmate or else his sexual identity—and that of his pen pal—will be revealed.” —Provided by publisher.

The Darkest Part of the Forest by Holly Black

In the town of Fairfold, where humans and fae exist side by side, a boy with horns on his head and ears as pointed as knives awakes after generations of sleep in a glass coffin in the woods, causing Hazel to be swept up in new love, shift her loyalties, feel the fresh sting of betrayal, and make a secret sacrifice to the faerie king. —Provided by publisher.

Georgia Peaches and Other Forbidden Fruit by Jaye Robin Brown

“Joanna Gordon has been out and proud for years, but when her popular radio evangelist father remarries and decides to move all three of them from Atlanta to the more conservative Rome, Georgia, he asks Jo to do the impossible: to lie low for the rest of her senior year. And Jo reluctantly agrees. Although it is (mostly) much easier for Jo to fit in as a straight girl, things get complicated when she meets Mary Carlson, the oh-so-tempting sister of her new friend at school. But Jo couldn’t possibly think of breaking her promise to her dad. Even if she’s starting to fall for the girl. Even if there’s a chance Mary Carlson might be interested in her, too. Right?” —Provided by publisher.

The Miseducation of Cameron Post by Emily M. Danforth

In the early 1990s, when gay teenager Cameron Post rebels against her conservative Montana ranch town and her family decides she needs to change her ways, she is sent to a gay conversion therapy center.

The Great American Whatever by Tim Federle

“Teenaged Quinn, an aspiring screenwriter, copes with his sister’s death while his best friend forces him back out into the world to face his reality.” —Provided by publisher.

Girl Mans Up by M-E Girard

“In Ontario, Pen is a sixteen-year-old girl who looks like a boy. She’s fine with it, but everyone else is uncomfortable—especially her Portuguese immigrant parents and her manipulative neighbor who doesn’t want her to find a group of real friends.” —Provided by publisher.

When two teens, one gay and one straight, meet accidentally and discover that they share the same name, their lives become intertwined as one begins dating the other’s best friend, who produces a play revealing his relationship with them both.

Hold Me Closer: The Tiny Cooper Story by David Levithan

“Larger-than-life Tiny Cooper finally gets to tell his story, from his fabulous birth and childhood to his quest for true love and his infamous parade of ex-boyfriends, in the form of a musical he wrote.” —Provided by publisher.

When the Moon Was Ours by Anna-Marie McLemore

“To everyone who knows them, best friends Miel and Sam are as strange as they are inseparable. Roses grow out of Miel’s wrists, and rumors say that she spilled out of a water tower when she was five. Sam is known for the moons he paints and hangs in the trees and for how little anyone knows about his life before he and his mother moved to town. But as odd as everyone considers Miel and Sam, even they stay away from the Bonner girls, four beautiful sisters rumored to be witches. Now they want the roses that grow from Miel’s skin, convinced that their scent can make anyone fall in love. And they’re willing to use every secret Miel has fought to protect to make sure she gives them up.” —Provided by publisher.

I’ll Give You the Sun by Jandy Nelson

“Jude and her twin brother, Noah, are incredibly close. At thirteen, isolated Noah draws constantly and is falling in love with the charismatic boy next door, while daredevil Jude cliff-dives and wears red-red lipstick and does the talking for both of them. But three years later, Jude and Noah are barely speaking. Something has happened to wreck the twins in different and dramatic ways … until Jude meets a cocky, broken, beautiful boy, as well as someone else—an even more unpredictable new force in her life. The early years are Noah’s story to tell. The later years are Jude’s. What the twins don’t realize is that they each have only half the story, and if they could just find their way back to one another, they’d have a chance to remake their world.” —Provided by publisher.

If I Was Your Girl by Meredith Russo

“Amanda Hardy is the new girl in school. Like anyone else, all she wants is to make friends and fit in. But Amanda is keeping a secret, and she’s determined not to get too close to anyone. But when she meets sweet, easygoing Grant, Amanda can’t help but start to let him into her life. As they spend more time together, she realizes just how much she is losing by guarding her heart. She finds herself yearning to share with Grant everything about herself, including her past. But Amanda’s terrified that once she tells him the truth, he won’t be able to see past it.” —Provided by publisher.

“Fifteen-year-old Ari Mendoza is an angry loner with a brother in prison, but when he meets Dante and they become friends, Ari starts to ask questions about himself, his parents, and his family that he has never asked before.” —From title page verso.

History is All You Left Me by Adam Silvera

Even though Theo had moved to California for college and started seeing Jackson, Griffin never doubted Theo would come back to him when the time was right. But when Theo dies in a drowning accident, the future he’s been imagining for himself is gone. To make things worse, the only person who truly understands his heartache is Jackson. As Griffin loses himself in his obsessive compulsions and destructive choices, the secrets he’s been keeping are tearing him apart.

Queer, There, and Everywhere: 23 People Who Changed the World by Sarah Prager; illustrated by Zoë More O’Ferrall

World history has been made by countless lesbian, gay, bisexual, transgender, and queer individuals — and you’ve never heard of many of them. Queer author and activist Sarah Prager delves deep into the lives of 23 people who fought, created, and loved on their own terms. From high-profile figures like Abraham Lincoln and Eleanor Roosevelt to the trailblazing gender-ambiguous Queen of Sweden and a bisexual blues singer who didn’t make it into your history books, these true stories uncover a rich queer heritage that encompasses every culture, in every era.