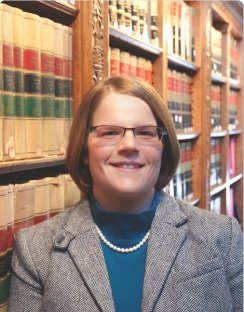 By Amanda McSweeney-Geehan and Liz Covart

Your background, personal and academic?

I am a native New Englander and a historian of early America. I am a Bostonian by birth and I spent most of my childhood in Bedford, New Hampshire. After high school, I moved west to State College, Pennsylvania, where I attended Pennsylvania State University (B.A. History with honors and distinction). In 2004, I moved further west to Davis, California to study early American history with Pulitzer Prize-winning historian Alan Taylor at the University of California, Davis (M.A. and Ph.D. History).

Honestly, I went to grad school with the thought that my dissertation topic would center on New England. Instead, I investigated the post-Revolution New England migration into New York State (1783–1830) in an effort to answer a question I posed to Alan (a Maine native) during my second week in California: Why does everyone outside of New England assume that New York is part of the region? The short answer: 700,000 to 800,000 New Englanders migrated to New York after the Revolution and built new, New England towns on the lands they settled. Culturally, much of New York resembles New England.

In 2012, I returned to Boston with my partner Tim Wilde and our two mini-schnauzers Thatcher and Sprocket. We reside in the South End.

What drew you to focus on early American history?

I attribute my love for early American history to four factors:

First, as a New Englander, I grew up surrounded by vestiges of our early American past.

Second, my parents took my brother and me on cultural vacations. We spent many school vacations visiting museums and historic sites around New England and the United States.

Third, I read a lot of nonfiction. My parents gave my brother and me an allowance in books instead of cash. Many of the books I purchased, or borrowed from the library, centered on early American history. I remember thinking in high school that I would one day read beyond the revolutionary and early republic periods of United States history, and I have, but those early periods are still my favorite. They are the periods I keep coming back to and the eras I will spend my career researching and writing about.

Fourth, my ancestors helped forge the United States. Some of them settled in New Netherland during the seventeenth century and several fought in New York and New Jersey regiments during the War for Independence. My ancestry doesn’t drive my research, but knowing I had ancestors who lived through the tumultuous and exciting times of the revolutionary and early republic periods makes my research more interesting to me.

What brought you to the Athenæum and how has working here affected your scholarship?

The Boston Athenæum has a reputation for being a great and inspiring place to work. I joined because of that reputation and because I needed a library with great interlibrary loan services. My study of early American history often leads me to request obscure antiquarian and specialist titles or borrow microfilm from historical societies and research libraries. The Athenæum always procures the records I need. In fact, Kristen, the ILL specialist, saved me an expensive trip to the New York Public Library by locating the records I needed at a different institution with interlibrary loan privileges.

What differences have you found in presenting your work in a digital format as opposed to print?

I believe that people love history and that if historians grant them convenient access to our scholarly world then people will take an interest in our work and become advocates for it. This is the reason I started tweeting and blogging about history and why I created Ben Franklin’s World: A Podcast About Early American History. Social media and podcasts provide the convenient access to history that non-historians seek.

There are many advantages to presenting scholarly history in a digital format; two stand out.

First, well-researched history can reach more people if presented through social media than if offered in a book or academic article. For example, many historians publish their work through academic presses. On average, those presses publish 400–450 copies of a history book during its first print run. It takes many historians months to sell out their first print run. Alternatively, when historians present the ideas contained in their books and articles on Ben Franklin’s World, people download and listen to their ideas 3,000–4,000 times in the first week their episode airs and that number is growing.

Most podcast listeners listen to their favorite shows on the go. Listening involves placing earbuds in their ears or connecting their smartphones to their car stereo systems. For the next 25–60 minutes, it’s just the listener, their favorite podcast host, and the host’s guest. This intimate listening experience allows listeners to form a relationship with podcasters even if the listener and host have never met. Listeners e-mail hosts, connect with them on social media, and as a result historians get to engage with their fellow history lovers and have real conversations about history, historical thinking, and life.

The only disadvantage I have found in presenting scholarly history digitally is that to do it well takes time away from my book projects. I don’t regret this tradeoff. I will finish my books, many of which will be written and refined at the Athenæum.

The future of the relationship between social media and academics, as you see it?

We will see universities and their departments producing more podcasts, digital magazines, and curated social media feeds. We may even start to see university-sponsored digital networks wherein a group of schools partner to produce and promote high-quality articles, podcasts, and videos based on the work of their scholars. The value of this, especially for government-funded institutions, is that this digital and mobile content will enrich people’s lives and add to their knowledge. In turn, those who consume university-produced media will become advocates for scholars’ work and help schools overcome funding cuts.

Right now academia is fixated on repurposing lecture content for Massive Open Online Courses or MOOCs. This content is not native to the web and social media. With so much content on the internet, there is a movement by digital companies and internet entrepreneurs to curate high-quality content for their customers. A good example of this would be Slate or Amazon. These companies provide video, news, music, and podcast content of reliable quality to their users in exchange for a yearly membership fee—Slate Plus and Amazon Prime. Academic and academic-like institutions will eventually come around to this model because it is a powerful way to enrich the knowledge of society and foster respect and advocacy for particular institutions. Of course, I am a historian. My expertise is in the past, not the future, so I may be wrong.

What are some of your favorite podcasts or social media accounts to follow? (Historical or otherwise)

Aside from Ben Franklin’s World, I like to listen to a lot of different podcasts, most of which have nothing to do with history. I love Serial, the podcasts from Gimlet media (Start-Up, Reply All, and Mystery Show), and I like a lot of independent podcasts in the business, podcast, and tech categories. Among my favorites: Podcast Junkies, Exponent, The Feed from Libsyn, ShePodcasts, and the BizChix podcast.

In terms of social media accounts, I love Twitter. I follow individual historians and the accounts of my favorite history blogs and organizations. If you love early American history, you should check out The Junto: A Group Blog on Early American History (@thejuntoblog), Boston1775.net (@Boston1775), the Omohundro Institute of Early American History and Culture (@OIEAHC), the African American Intellectual History Society (@AAIHS), Borealia: A Group Blog on Early Canadian History (@earlycanada), The Way of Improvement Leads Home (@JohnFea1), and the Massachusetts Historical Society (@MHS1791).

Take us through the process of creating an episode of Ben Franklin’s World.

Much more than people think. New episodes of Ben Franklin’s World release every Tuesday. Each week, I have three shows in production. Each episode takes between 12 and 20 hours to produce; the difference in time depends on whether the episode will feature a discussion about a book.

After I invite an historian to be a guest on the show, I read their book or article, or research their historic site or institution, prepare questions, interview the historian, listen to the raw interview and make edits and notes for my audio engineer, draft show notes and a custom intro and outro for the episode, record the custom intro and outro, listen to the final version of the episode to ensure high-quality sound and that the episode doesn’t require additional editing, tag the episode with metadata, upload the episode to my audio hosting service (Libsyn), edit and post the show notes or blog post for the episode, create a custom graphic to advertise the episode, and then promote the episode on social media when it releases.

I read every book discussed on the show cover-to-cover. Preparation for book-based episodes takes almost as long as the interview and post-production work combined. The prep time is worth it, though, because it allows me to have a great, in-depth conversation with an author about the history and ideas in their book. This in-depth approach is part of why Ben Franklin’s World has been so successful.