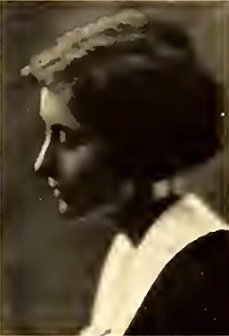 Marjorie Lyle Crandall published one book, Confederate Imprints: A Check List Based Principally on the Collection of the Boston Athenæum (1955); however, her one effort was considered “monumental” by a contemporary reviewer. It was also called  “pioneering” by those assessing her computer-assisted successors in the 1980s who also put her “fine example” in a class with Charles Evans, pre-eminent bibliographer who published American Bibliography in 14 volumes between 1901 and 1934.

Crandall was born in 1900 in Malden where she lived most her life. Her father James L. Crandall hailed from New Bedford, Massachusetts. Her mother Carrie A. (Stuart) Crandall was born in English-speaking Canada, St. Johns, New Brunswick. She was, unusually for that period, eight years his senior. They lived in Malden, and he worked as a civil engineer.

Crandall attended Smith College, where she graduated Phi Beta Kappa in 1922. The Smith College Archive holds 85 letters that Crandall wrote home to her parents. During her four years there, she was an assisting managing editor on The Weekly Board and played on the cricket team. Her participation in both La Societé Française and El Club Español, the French and Spanish clubs, no doubt relates to her later affinity for traveling to foreign countries.

She started working at the Boston Athenæum in 1923 as a classifier. She went on to become a cataloguer, then reference librarian. In 1933, her salary increased to $42 a week (approx. $2,184 a year), at a time when the Librarian earned $4,000 a year. When Librarian and Director Elinor Metcalf resigned in February 1946, Marjorie was appointed Acting Librarian at a salary of $300 a month until Walter Muir Whitehill, the permanent replacement, started in July 1946 when Marjorie became Assistant Librarian.

The Athenæum started collecting Confederate Imprints soon after hostilities ended in 1865. Trustee Francis Parkman had agreed to travel south to Richmond with a friend seeking news of family. Parkman was a respected historian, and he shared his vision to preserve printed material from that south that might otherwise have been lost in the chaos of war and its aftermath. His fellow trustees on the Library Committee voted to extend him $500 for purchases during his trip. He bought books, pamphlets, and newspapers, including the Richmond Examiner in full from February 1861 to the end of the Confederacy for $325 more, for which he was reimbursed later.

The librarian William F. Poole pursued further purchases to extend the collection. He used personal and professional connections as well as advertisements in publications. By the autumn of 1865, Poole lamented having inspired expectations of high payment in the Richmond area, but he looked throughout the South. Poole explained the Athenæum’s aim in a September letter [quoted in Crandall’s introduction]:

“What you call ‘the smaller fry of ballads, songs, speeches, and sermons’ is precisely the fry we would tote into our net. We are willing to pay for anything of this sort. Everything printed at the South during the war that goes to illustrate the state and action of the southern mind we desire to preserve in the Boston Athenæum.”

Gifts followed as well. There was critical assessment; they did not collect just any old thing—for instance, autographs were not sought or accepted. Poole was most strenuous in his collecting efforts in 1865 but pursued items until he left in 1868 to become librarian of the Cincinnati Public Library. Acquisitions on a smaller scale continued every year, until 1944 when the Athenæum acquired a whopping 1,500 more items from the collection of Raymond Sanger Wilkins who had started collecting in the 1920s; when he was named to the bench of the Massachusetts Supreme Judicial Court, he knew he no longer had time to devote to his collection.

Confederate materials were cataloged as other items added to the Athenæum’s collections, but given its specialized nature and unexpected location—who expects to find Confederate printings in Yankee Boston—a separate publication devoted to the subject became a goal. In 1917, the Athenæum published Confederate Literature, a List of the Books and Newspapers, Maps, Music, and Miscellaneous Matter printed in the South during the Confederacy, now in the Boston Athenæum. Charles Baxter worked at the Athenæum from 1903 to 1912, then he became librarian of Blackstone Memorial Library in Branford, CT. James M. Dearborn worked at the Athenæum from 1912 until he retired in 1949. He was, at one point, “Order Department Head” or Head of Acquisitions. James Ford Rhodes wrote the introduction. Rhodes was an Ohio industrialist-turned-historian who made his fortune and moved to Boston in order to find better libraries. In the early twentieth century, he published a multi-volume history of the United States. He was a proprietor at the Athenæum from 1890 until his death in 1927. In 1918, he published A History of the Civil War 1861–​1865 that won the Pulitzer Prize. This 1917 list, as its title carefully calls it, was known as Baxter & Dearborn (though the two never collaborated) and was not considered exhaustive even when it first appeared. “Better than nothing” would be an adequate description of its reception.

After 1944’s increase to the Confederate Imprint Collection, the Athenæum decided it was time to update its published bibliography of the collection. In 1947, librarian Whitehill sought input from southern librarians and scholars in order to improve the revision. Whitehill first engaged a scholar, Hedwig Schleiffer, with funds from trustee Donald McKay Frost, to start organizing the materials, but then chose Assistant Librarian Crandall to take charge of the project. He helped established the criteria for inclusion. The bibliography would include Confederate Imprints (exclusive of newspapers and periodicals):

1. owned by the Athenæum

2. listed in the Union Catalogue of the Library of Congress

3. reported to the Athenæum by their owners (that is, in private collections)

Only the Athenæum’s holdings of newspapers and periodicals would be listed and only those works printed in the Confederate States during the life of that government. Therefore, items of Confederate sentiment from border or union states were not included. Nor were items from Confederate States before a state seceded or after it capitulated.

Crandall began her work on the Confederate Imprint checklist in summer 1947. She worked alone except for typing assistance from Evelyn Coker (on staff) and help with one section by Richard B. Harwell of Emory University who had researched the collection and shared ideas with Whitehill. Harwell’s specialty was sheet music, and he completed that section (volume 2, Part III). She worked for three years to prepare her list, and the printer began to return galley proofs in 1951. Crandall shared these with seven other libraries who were able to confirm entries but in the process, they also added entries. This improved the final product with the price of delaying its completion for several more years.

Whitehill and Crandall wanted to create a useful bibliography that would serve as a helpful reference work but also serve as inspiration to researchers. The catalogue is arranged by subject. Author access is in the index. The first volume includes official publications of the Confederate States of America listed by branch and department, then by state. The second volume is organized by subjects meant to describe life in the Confederacy.

Crandall resigned in November 1953. She did agree to stay on, part-time, and see this book through publication. The 1954 Annual Report outlined the Athenæum’s appreciation for her work:

The foregoing record of her services gives a very feeble idea of her notable efficiency in them all, with a number of other activities such as the immediate charge of the personnel, pensions and maintenance of the building. We shall miss her greatly, although she is continuing on a part-time basis to see final through the Press the Catalogue of Confederate Literature which she has found time to compile among her many other services. Certain of her duties are being assumed by the Director, and many of the others will be performed by Ebenezer Gay, who was appointed Executive Officer on November 15, 1954.

Her publication was not the final word. It had not been a complete census of all libraries, and by the 1980s, with computers allowing easier collaboration and manipulation of data, a new project was undertaken and published in one large volume in 1987. The authors credit Crandall in their subtitle:

Confederate Imprints: A Bibliography of Southern Publications from Secession to Surrender {Expanding and Revising the Earlier Works of Marjorie Crandall & Richard Harwell}.

T. Michael Parrish and Robert M. Willingham, Jr., also included Harwell because he had followed her book with a supplementary book More Confederate Imprints. The 1987 publication became known as P&W, and the numbered entries now act as call numbers in the Athenæum’s collection.

No biography or even obituary of Marjorie Lyle Crandall was written. We have few clues to know how she lived. Smith College holds 85 letters she wrote home to her parents while matriculating. She lived most of her life in Malden but also lived in Lexington by 1955 and again in 1958. In 1960 she was in Back Bay. She died in Brookline in 1974. The Boston Globe used to list attendance at Symphony Hall, and we can see that she enjoyed musical performances. She was known for enjoying travel, and Ancestry.com contains her 1960 travel visa to Brazil. The directories indicate she worked for the Christian Science church after leaving the Athenæum; she published some articles in the Christian Science Sentinel and that travel visa listed her occupation as copy editor. The Athenæum’s archive holds a few more tantalizing clues. For example, librarian Charles Knowles Bolton kept a ledger of staff-related instructions and memos among which is one penciled from her, informing the librarian not to attract a mouse onto the table with cheese. There are letters to her from colleagues traveling by ship to Europe in which they mention flirting with the ship’s captain. The 1930 census mentions that her sister is also a librarian and that the family had a radio. Hardly the sources to inspire a full-length book, but Marjorie Lyle Crandall’s work at the Athenæum has helped every researcher who has passed through the red door’s at 10½ to study the US Civil War and quite a few who were never able to make the trip but knew of the Athenæum’s rich holdings because of her concerted efforts. References

Charles N. Baxter and James M. Dearborn, Confederate Literature, a List of the Books and Newspapers, Maps, Music, and Miscellaneous Matter printed in the South during the Confederacy, now in the Boston Athenæum, 1917.

Marjorie Crandall, Confederate Imprints: A Check List Based Principally on the Collection of the Boston Athenæum (1955).