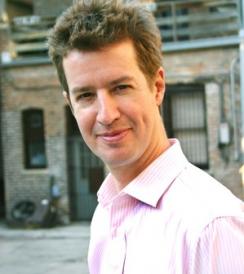 William Kuhn first heard of the Boston Athenæum at the Royal Archives while researching Victorian courtiers. Apparently, one Henry Ponsonby had written to his mother from Boston in May 1863 that “All the public libraries of the town have reading rooms for ladies, and Mary has considerable thoughts of turning Bostonian …” Certainly something for which Boston can be proud!  Kuhn said he felt immediately at home at the Athenæum, with staff and members greeting him with a friendly “Hi Bill!” in almost no time at all.

Kuhn’s first three books addressed his interest in explaining why England didn’t abolish the Monarchy along with France and the United States—especially when the throne was held by a woman.  Why would a nation with the most sophisticated democracy in Europe and whose leaders prided themselves on rationalism maintain a conceivably “irrational” attachment to a royal female figure? Kuhn theorized that Britain ensured democratic stability by including the monarchy in the constitution, thus lending the government a sense of historical stability.  It was a paradox to be sure, but one that seemed to work.  Furthermore, while people understood on some level that the Queen was not actually making the day to day decisions about their political future along with Parliament, their emotional attachment to her created an attractive theater of government that kept them interested in politics.

Kuhn’s interest in British Royals originated from a sabbatical his father took to study in London, when Kuhn was just eleven years old.  At first, the thought of leaving his birthplace in Columbus, Ohio was rather traumatic.  Indeed, he remembered collapsing against his refrigerator in abject misery.  And it got worse.  Upon moving to England, he learned he was no good at cricket, didn’t know a thing about British history, and that the entire country spoke with a funny accent.  However, when an essay he wrote on the Thames River was selected for performance by a student in the drama program, he enjoyed for the first time the writer’s complete sense of joy at seeing his work become more than just words on a piece of paper.

The idea for Kuhn’s first book, Democratic Royalism: The Transformation of the British Monarchy, 1861-1914 (1996), came from meeting an anthropologist who made the comment that everyone is his field was interested in the rituals of so-called “primitive cultures.” Wouldn’t it be interesting, the anthropologist asked, to read something about the rituals of so-called “civilized” societies for a change?  Kuhn’s second book, Henry and Mary Ponsonby: Life at the Court of Queen Victoria, was inspired by a group of letters he found at the Royal Archives written between a husband and wife who had served Queen Victoria.  The letters were hilarious and irreverent, and yet somehow still managed to be loyal and detached.  Kuhn’s third book, The Politics of Pleasure: A Portrait of Benjamin Disraeli (2007), was conceived after a series of Anti-gay incidents occurred at Carthage College where he was teaching history.  It struck him that there were many figures in history that had to negotiate unusual sexual identities, Disraeli being a prime example.  One wouldn’t expect a two-time Victorian prime minister to have dressed in Byronic outfits as a young man or to have written a slew of novels featuring feminine and flamboyant men.  Yet somehow, Kuhn found that Disraeli’s refusal to live up to conventional standards made others live up to his.

While Kuhn looked at Disraeli’s early novels to see whether they could be made to speak for Disraeli himself, in Reading Jackie: Her Autobiography in Books (2010), Kuhn explored how a collection of books could be made to yield information about the person who put them together.  Kuhn asserts that Jackie didn’t simply edit books: she chose subjects and authors, encouraged certain writers and helped shape the texts as they were being written, making the works equally revealing about her as a person.  Moreover, she was a voracious and eclectic reader.  She read and edited works on historic building preservation, fairy tales, European royals and Tiffany, but also rock & roll music, sensual, drug-addicted ballerinas, Indian courtesans and witchcraft—hardly what one imagines after viewing the wispy-voiced fashion icon give that famous televised tour of the White House.

The success of Reading Jackie has meant that Kuhn can now focus on his writing full-time.  “It’s been an incredible privilege to be able to come to the Boston Athenæum in the morning, go up to the fifth floor and sit down in one of those bays and start working.” Another great boon of Reading Jackie’s success has been Kuhn’s opportunity to branch out into the world of “American royals.”  He is currently at work on the fifth floor exploring the social circles of Isabella Stewart Gardner, John Singer Sargent and Henry James.