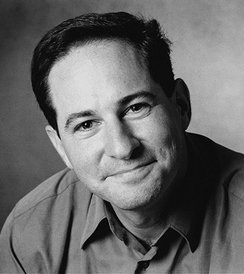 One sleepy Monday morning in the late 1970s, an English teacher at Roxbury Latin named Joseph Kerner stared out at a sea of listless, clueless faces. The previous weekend, R.L. had had an important football game and after-party. One thing was certain: none of his students had done the assigned reading, the opening chapter to John Updike’s Rabbit Run. Mr. Kerner could have berated them, flunked them, or at the very least made some comment about “kids these days.” Instead, he just read the book aloud, pausing from time to time to comment on the artistry of a phrase or a point of grammar.  One of his students in particular, William Landay, was completely captivated by this performance. He was stunned by the realization that literature was a passion for his teacher, not just a mathematical equation to be solved. Not long after, Landay learned that Mr. Kerner even had an unpublished manuscript lying around. Teenage Landay’s first thought was “Imagine that—the hubris of the man!” Novelists were not regular humans, but haloed gods living somewhere in the region of Mount Olympus. Yet years later, even after obtaining a B.A. in American Studies from Yale and a J.D. from Boston College Law School, the incidence of Mr. Kerner’s hubris continued to haunt him.

After completing law school, Landay clerked for the Massachusetts Supreme Judicial Court in Boston then became an assistant D.A. in Middlesex County. While working as a prosecutor, he underwent what he affectionately refers to as a “quarter life crisis” and decided that he needed to try to write a novel. Like his teacher before him, it didn’t even need to be published. He just wanted to see if he could do it. He’d been thinking about the novel Lonesome Dove, a book that he felt was evidence of an author working at the outermost limits of his craft, and how if anything were ever to happen to Larry McMurtry, he’d have this wonderful book to leave behind that no one could ever take away from him.

So, Landay began to write. And the more he wrote, “the further the goalpost went back.” It was no longer sufficient just to write a novel; now he wanted to write a great novel. He joined the Boston Athenæum and began drafting on the fifth floor. There he met mystery writer and B.A. volunteer Michael Mesrobian (pen name Grant Michaels). “He was a wonderful, sweet guy. I hadn’t published anything then. I had no credentials. He had no reason to believe I would amount to anything. But whenever we took a break from writing, he spoke to me as a fellow writer.”

In 1998, Landay left his D.A. position to work on his writing full time. But three years later, when his wife announced she was pregnant, he started to lose hope. He still hadn’t sold his first novel. He wrote about crime, but his style was a bit more literary and “dense” than what the market seemed to expect from crime writers. Meanwhile, those who read fiction proper tended to avoid the mystery/thriller/crime genres altogether. What made his writing unique was proving to be a definite marketing problem. But one day, while sitting alongside his wife as she underwent an ultrasound, he got the call from his agent that his first novel, Mission Flats, had finally sold. It would win the Dagger Award for best debut crime novel of 2003.

The Strangler, a novel about Boston set in 1963, was published in 2007 and named a Favorite Crime Novel of the Year by the L.A. Times. Landay refers to it as “L.A. Confidential meets The Friends of Eddie Coyle.” The research process for the book was fascinating. John Daley, a retired Boston Police detective, was his most valuable resource. Always a phone call away, Daley could tell Landay which station kept the horses, where a cop in the 1960s would have picked up new uniform trousers, and other amusing historical details, such as how police officers would use white plastic belts for collars because they were easier to clean. Ultimately, The Strangler is a journey through Boston during a time when it was “a much grittier place” and no one was entirely sure whether it would become the sophisticated city it has been deemed today or something altogether more worrisome.

Despite the names of the awards he’s received, Landay has never thought of himself as a crime writer per se. He doesn’t write about murder investigations because they are necessarily interesting. (In fact, he knows from personal experience they can be quite boring). Rather, these stories give him a chance to explore the lives of seemingly ordinary people whose minds, emotions and even physical health are put to the test in ways most people cannot imagine (whether that means the investigators, lawyers, police officers, victims or the criminals themselves). And Landay also admits that he likes a story that moves, unlike the “quiet slice-of-life” tone that seems to be preferred in mainstream fiction.

Set in Newton, MA, Landay’s third novel, Defending Jacob (2012), explores the brutal unraveling of a formerly tight-knit community in the wake of a child murder investigation. The most rewarding aspect of the success of this particular novel (winner of the Strand Magazine Critics Award for best novel of 2012) for Landay is that so many different types of readers seem to have enjoyed it: New York Times reviewers, suburban book clubs, high school teachers assigning summer reading, and business people at the airport—to name a few. His favorite comment from readers is “I don’t usually read these types of books, but I loved this.”

When asked about future projects, Landay is quiet, except to say he is working on something that is similar in tone to Defending Jacob but will not be “Defending Jacob, Part II.” And in case the incidence of Mr. Kerner’s hubris is still haunting you at this very moment, you might be partially relieved to learn that at a recent book party for Landay and his old Roxbury Latin pal John Kenney (author of Truth in Advertising, 2013), the two authors were able to meet up with their old English teacher and thank him for a teaching style that inspired them both long ago to become novelists. Their humble teacher had had no idea.