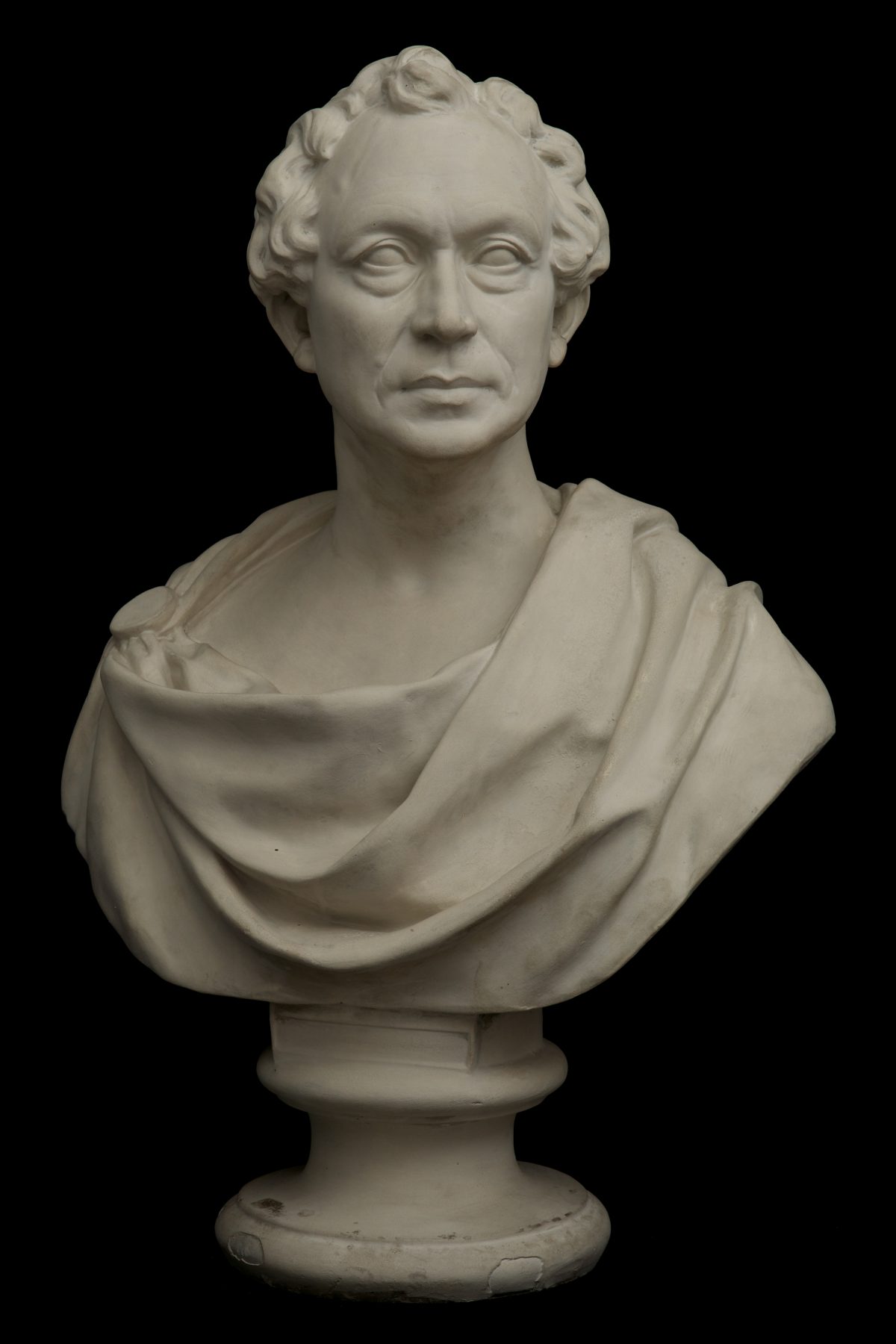 Edward Everett (1794–1865) was one of the best known politicians and orators of his day. A dedicated patriot and believer in American culture, he served as a representative to the United States Congress, Governor of Massachusetts, U.S. Minister to the Court of St. James, and President of Harvard University. After having accomplished all of this, he spent the final decade of his life traveling throughout America delivering lectures on George Washington, the proceeds from which went toward the salvation of Mount Vernon. Everett’s impeccable character led Oliver Wendell Holmes to call him the yardstick by which men were measured in Boston. His inherent generosity made him an active and effective supporter of the arts and he played a major role in the lives and careers of a number of American artists including Horatio Greenough, Samuel F. B. Morse, and Hiram Powers.