Head of a Girl 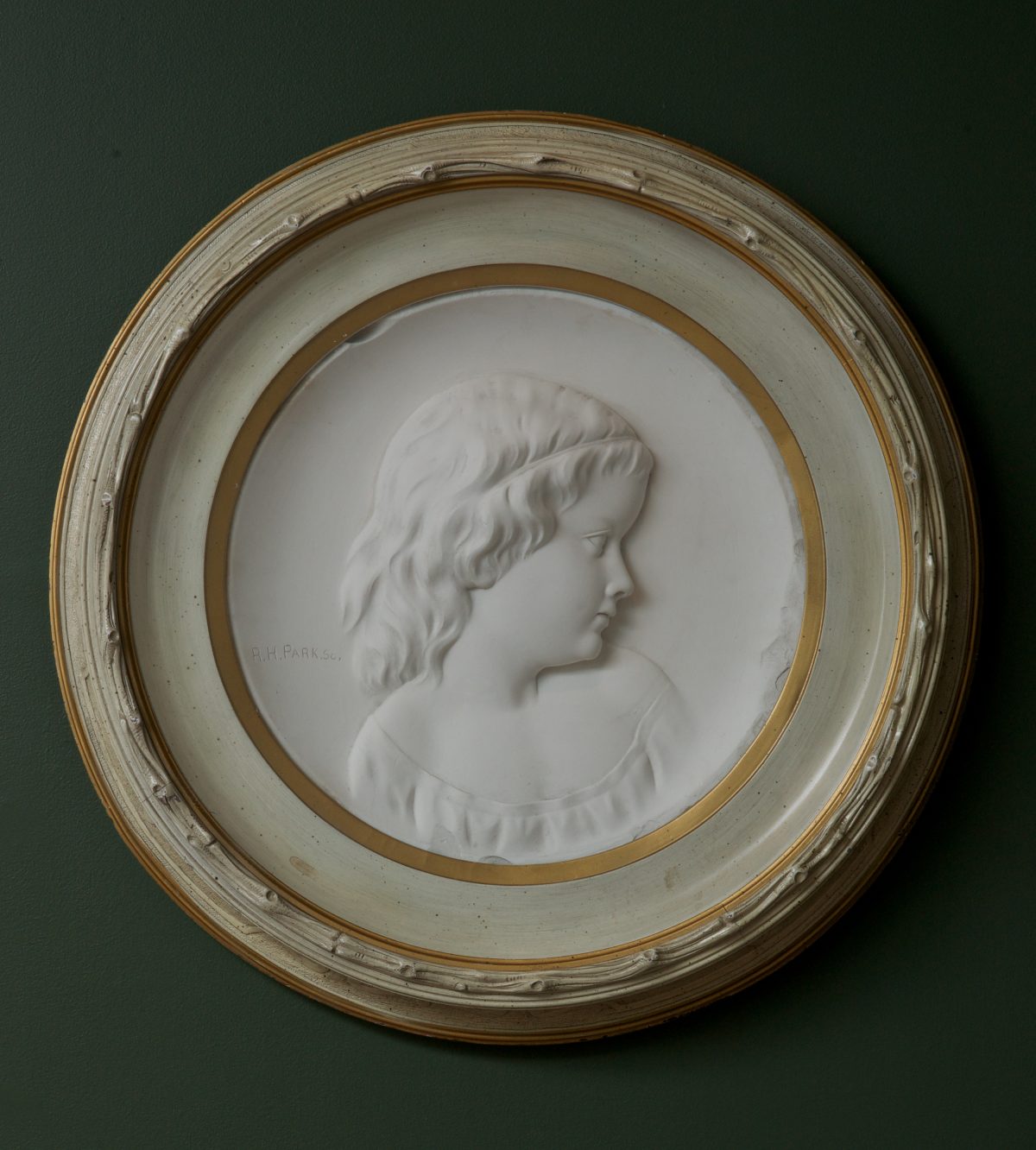 Richard Park was one of a number of sculptors—members of the second and third generations of American neoclassicists—who studied or worked with the Albany, New York, sculptor Erastus Dow Palmer. Like Palmer, Park was something of a specialist in images—both portraits and allegorical representations—of children. Palmer’s followers, again including Park, also had a propensity for relief sculpture. As here, these were often round in shape and, whether in plaster or marble, were usually placed in a shadow-box or a deep, decorative frame. The presumed innocence of childhood is almost always depicted—again, as here—by a shy, demure, or even melancholy attitude.