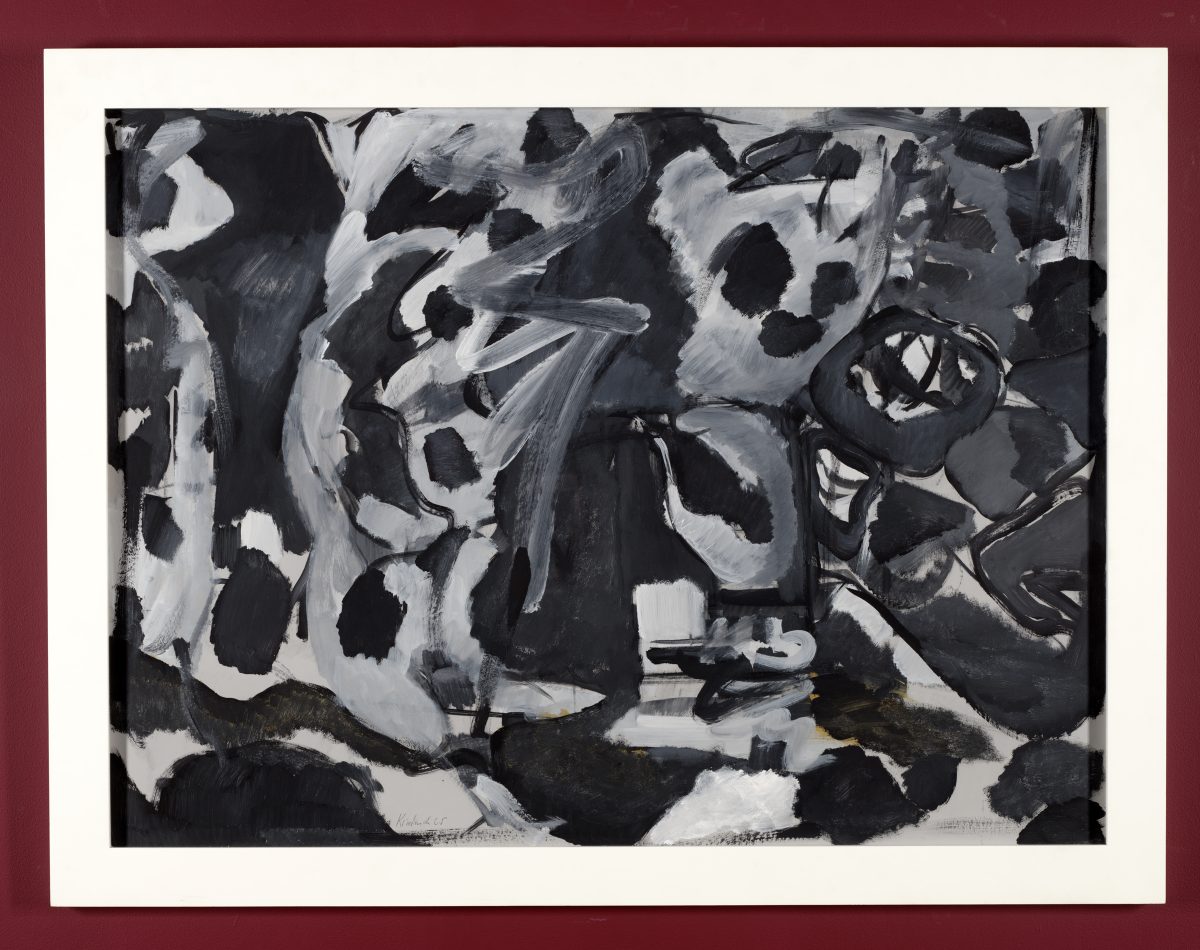 Having been born in New York City and trained there as an artist, William Kienbusch was in the city during the 1950s, the heyday of Abstract Expressionism. But he spent his later years in Maine and is perhaps best remembered for his freely composed and executed paintings, such as this one, inspired by the coastline, waterways, and islands of that state. In doing so, he willingly acknowledged that he was working in the tradition of other, earlier Maine painters, especially Winslow Homer, Marsden Hartley, and John Marin, all of whom Kienbusch greatly admired.

Gift of the Estate of the Artist, in memory of Ethel Skeans Clifford, courtesy of Kraushaar Galleries, 2006