Idealized Portrait of a Woman 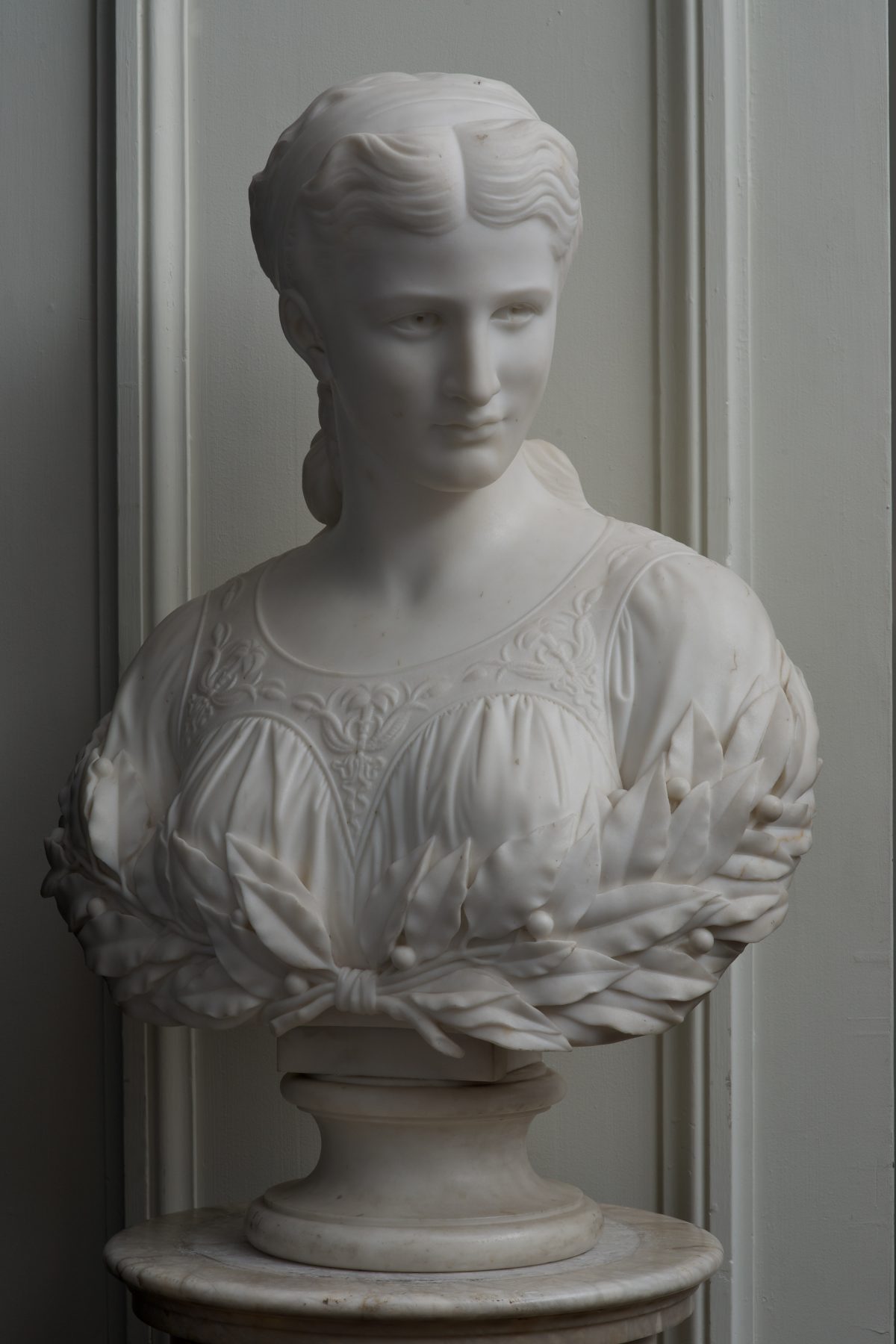 Although the subject of this bust is not known, it could easily be an allegory of one of the virtues or, more likely, one of any number of heroines from the types of literature popular among the neoclassicists including the plays of Shakespeare, the poems of Milton and Tennyson, the novels of Scott, or the classical myths as retold by Bulfinch. Further research into the iconography of the beautifully carved decorations on the subject’s garment and around the truncation may eventually reveal the idealized woman’s secret. What is known, thanks to an inscription on the bust, is that Richard Greenough carved it while he was living in Rome during the second half of the 1860s.