Picture Gallery of the Boston Athenæum 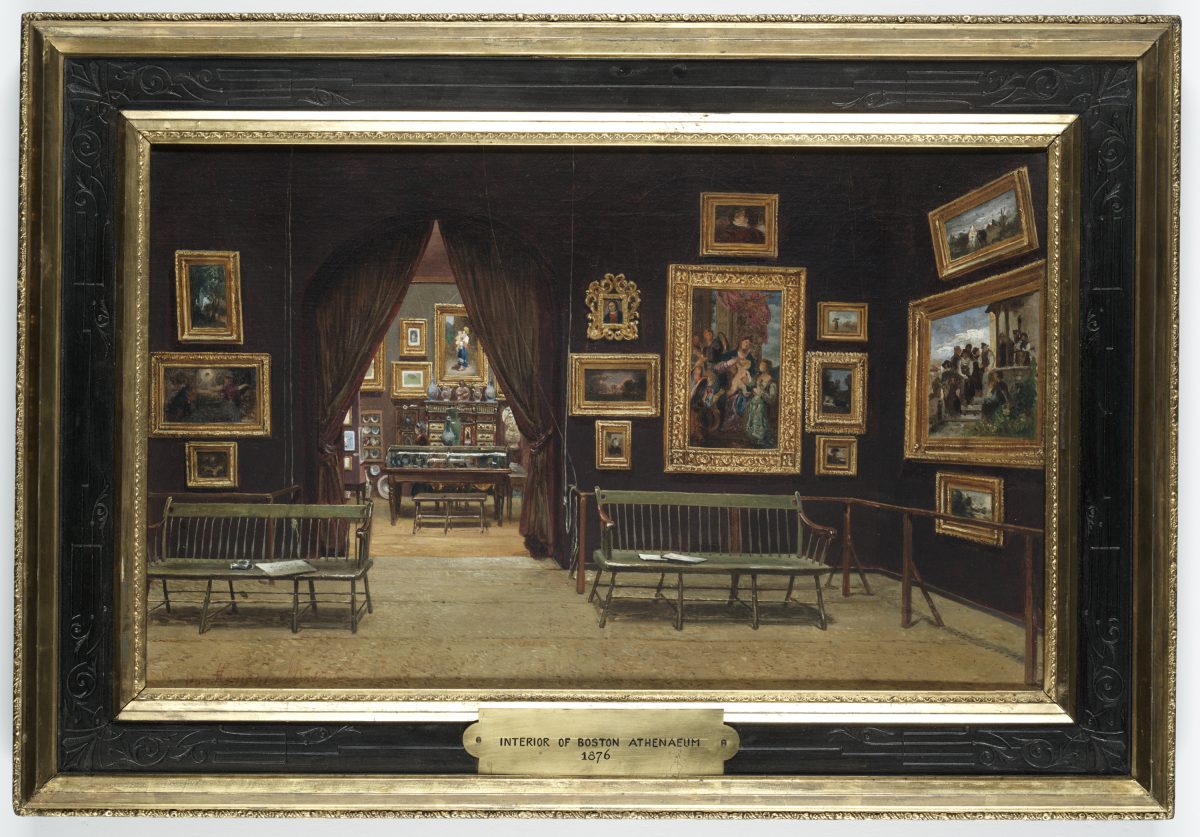 This view depicts the Boston Athenæum’s third floor as it appeared in about 1875, with objects exhibited by the recently founded Museum of Fine Arts. The Athenæum had been a chief driving force in the founding of the Museum in 1870 and even promised to deposit part of its sizable art collection in it. The Athenæum provided space at 10½ Beacon Street for the Museum’s exhibitions until the younger institution’s own building opened in Copley Square in 1876. The Athenæum acquired this painting in May of 1876, probably just before its art collection was transported to the Museum for its opening in July of that year.