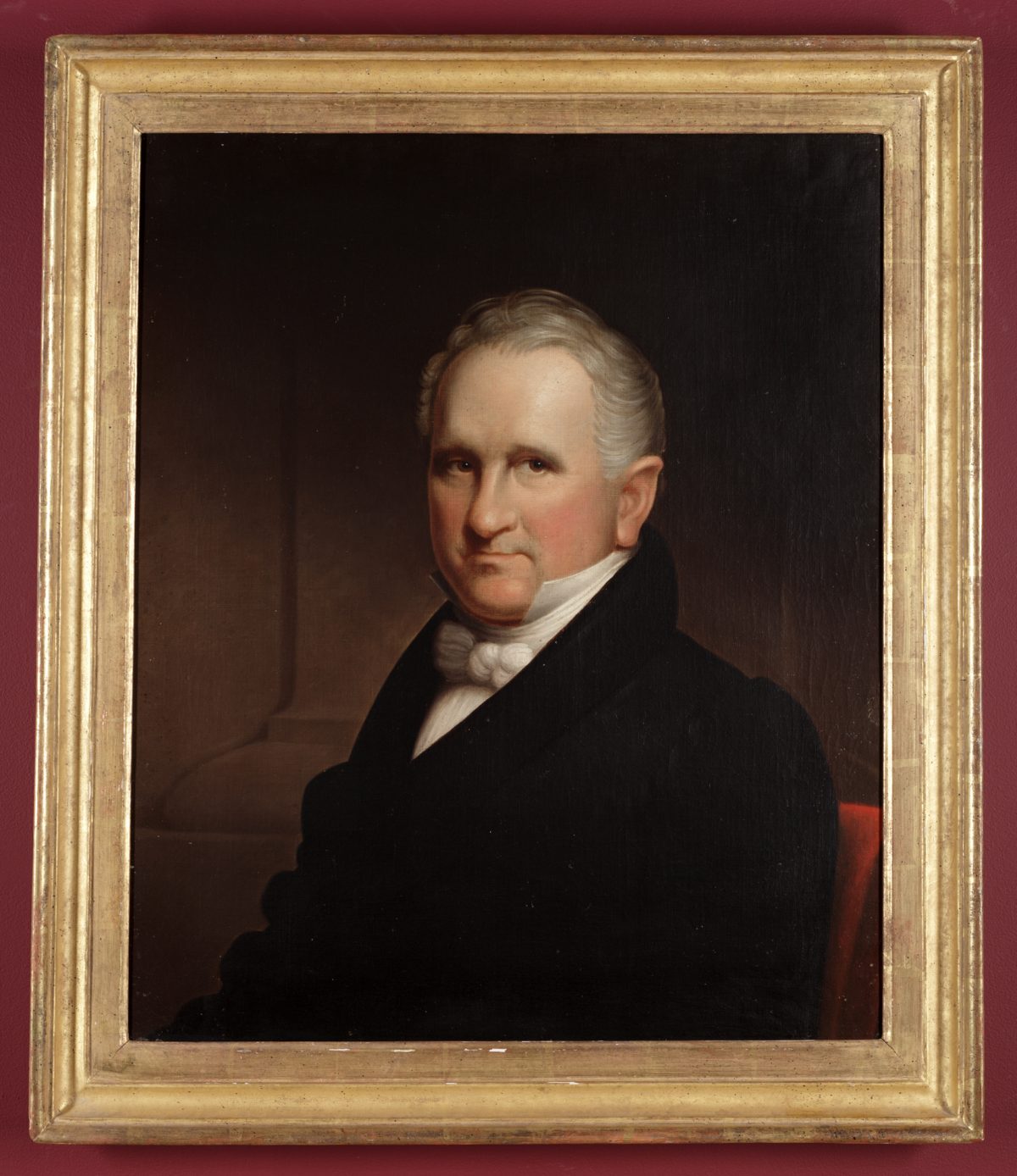 Cephas Thompson, from Middleboro, Massachusetts, was one of the first generation of wholly American-bred artists. With no formal training in art, he became a remarkably good painter by dint of his sheer talent and inventiveness. Throughout his productive life he painted six or seven hundred portraits of often admirable and sometimes astonishing quality.

Little is known about his early life in Middleboro, forty miles south of Boston, or how he chose to become a painter. Beginning about 1800 Thompson made annual winter pilgrimages south to Charleston, Baltimore, Richmond, and Norfolk, advertising himself as a portraitist in the days when “art” meant “portraits” to most Americans. About 1820, after twenty-five years of grueling itinerant work, Thompson settled on his family farm in Middleboro. This was no retirement, however, as he continued to take portrait commissions in the area until his death in 1856.

Throughout his life, Thompson painted numerous portraits of his nine children. The Athenæum’s collection includes eighteen portraits by him and several by those of his children who also became artists.