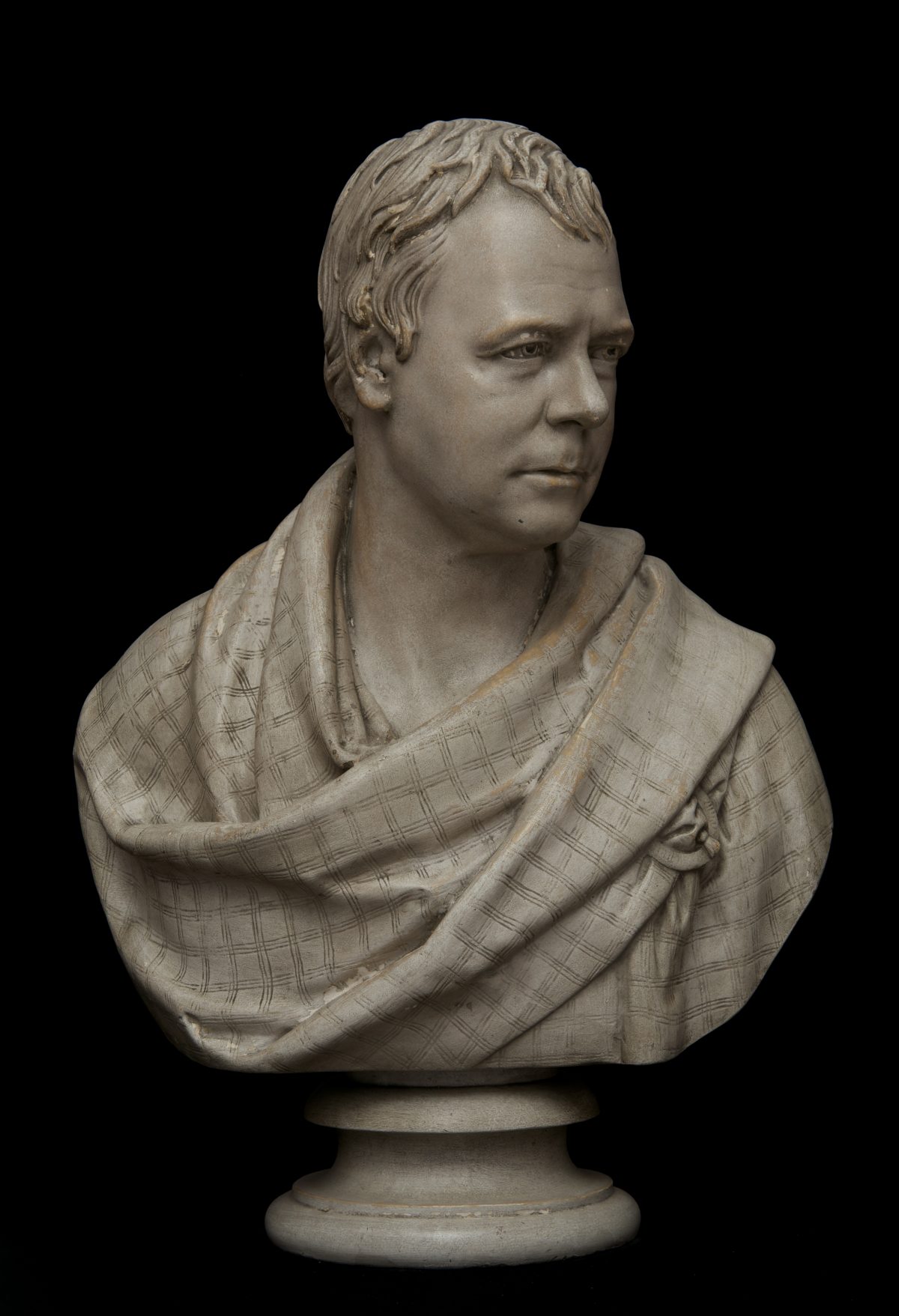 Beginning in the 1810s, Francis Chantrey rose to eminence as Britain’s leading neoclassicist. He was elected to the Royal Academy in 1818 and the following year established an atelier in Rome. Equally adept at portraits, genre images, literary figures, and funerary monuments, he was a favorite sculptor with England’s rich and famous. His talent at depicting children, for example, attracted even the patronage of Queen Victoria.

Chantrey’s classicizing bent is apparent in this bust of the great novelist, Sir Walter Scott. Chantrey draped his subject in traditional classical fashion but added a geometric pattern to the fabric to indicate his subject’s origins. Chantrey’s influence on American neoclassicism was established when the Commonwealth of Massachusetts commissioned him to create a life-size sculpture of George Washington for the rotunda of its State House in Boston. (That sculpture is visible in the background of the large portrait of Daniel Webster by Chester Harding in the Athenæum’s collection.)