The House of Gardiner Greene 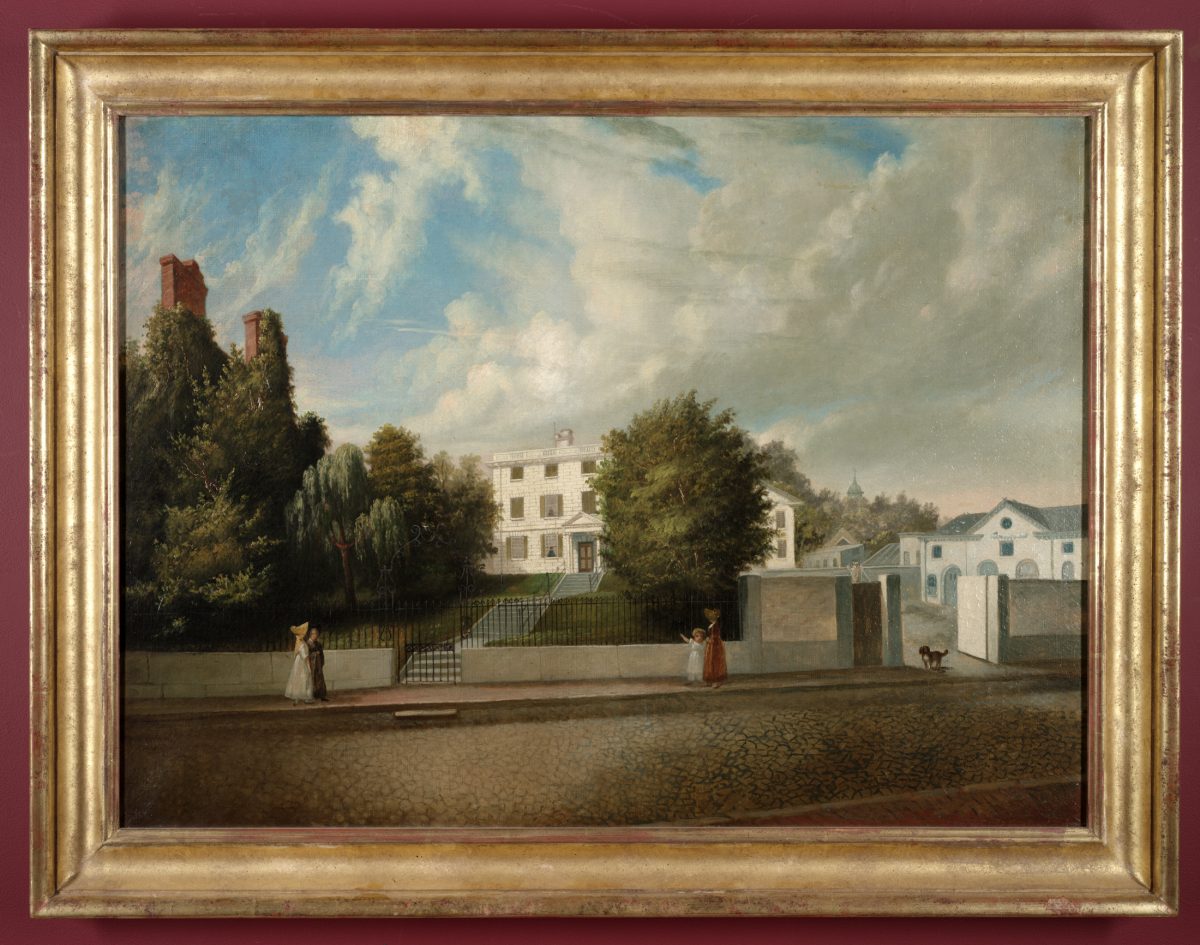 Henry Cheever Pratt’s artistic talent was discovered by artist and inventor Samuel F. B. Morse, under whose tutelage Pratt became competent in both portraiture and landscape painting. This painting, of the opulent estate of Boston merchant Gardiner Greene (whose portraits by Francis Alexander are also in the Athenæum’s collection), is one of the finest from Pratt’s early career.

The Greene estate stood on a hilly site that is now Boston’s Pemberton Square, only a few blocks from the current location of the Athenæum. This view looks to the west from the present-day intersection of Tremont, Court, and Cambridge Streets. The terraced grounds behind the stately mansion boasted “the most conspicuous and elegant gardens” in the city, planted with exotic fruit and ornamental trees, equipped with the city’s earliest greenhouses, and offering panoramic views of Boston and its harbor. (The glass roof of a greenhouse is visible behind the stable on the right.) Within a few years of Greene’s death in 1832, however, the estate was divided into lots and sold by auction, but not before Pratt painted this pristine view of it.