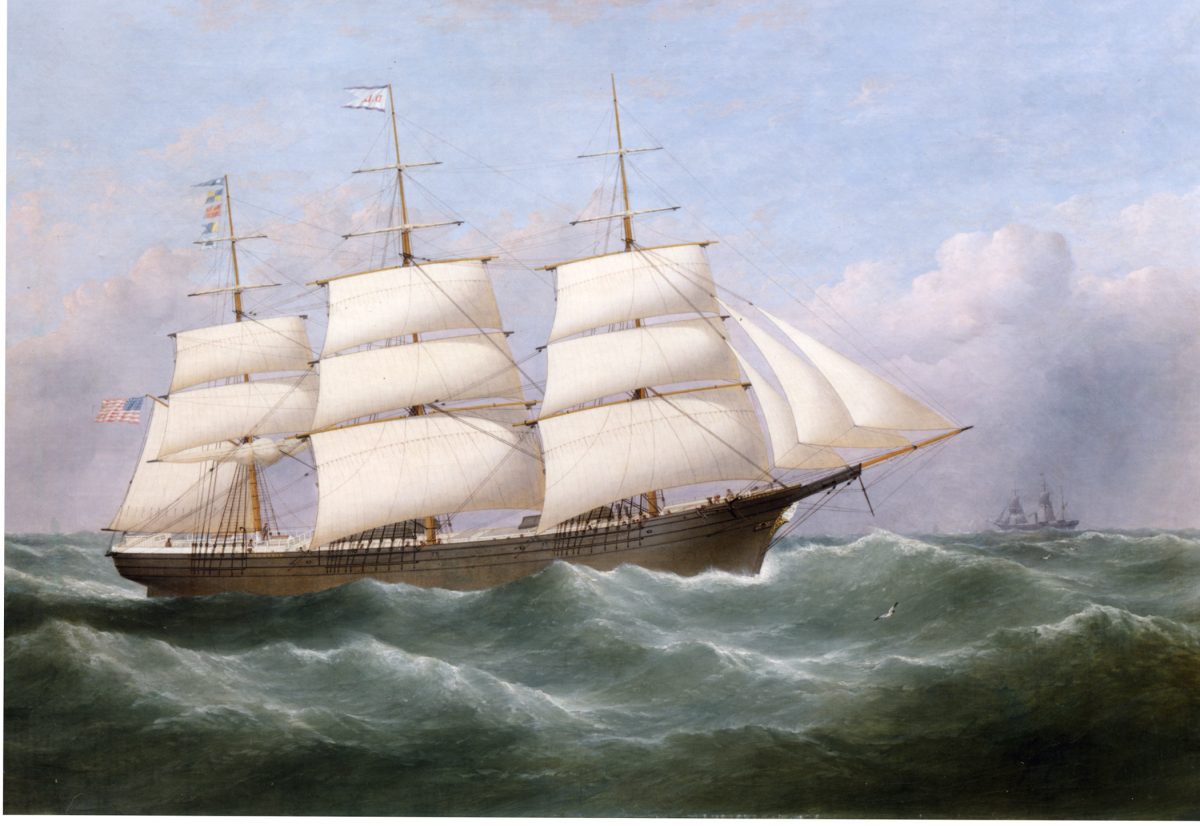 Built in Boston in 1856, the ship Pomona is under sail flying the American flag in this accomplished portrait of 1858. A year later, however, the Pomona ran aground and sank off the coast of Wales on her way from New York to Liverpool. The captain, together with 423 passengers, perished in a disaster from which only nineteen crew members and three passengers survived in a single boat.