Maximilian Agassiz (Portrait of a Boy) 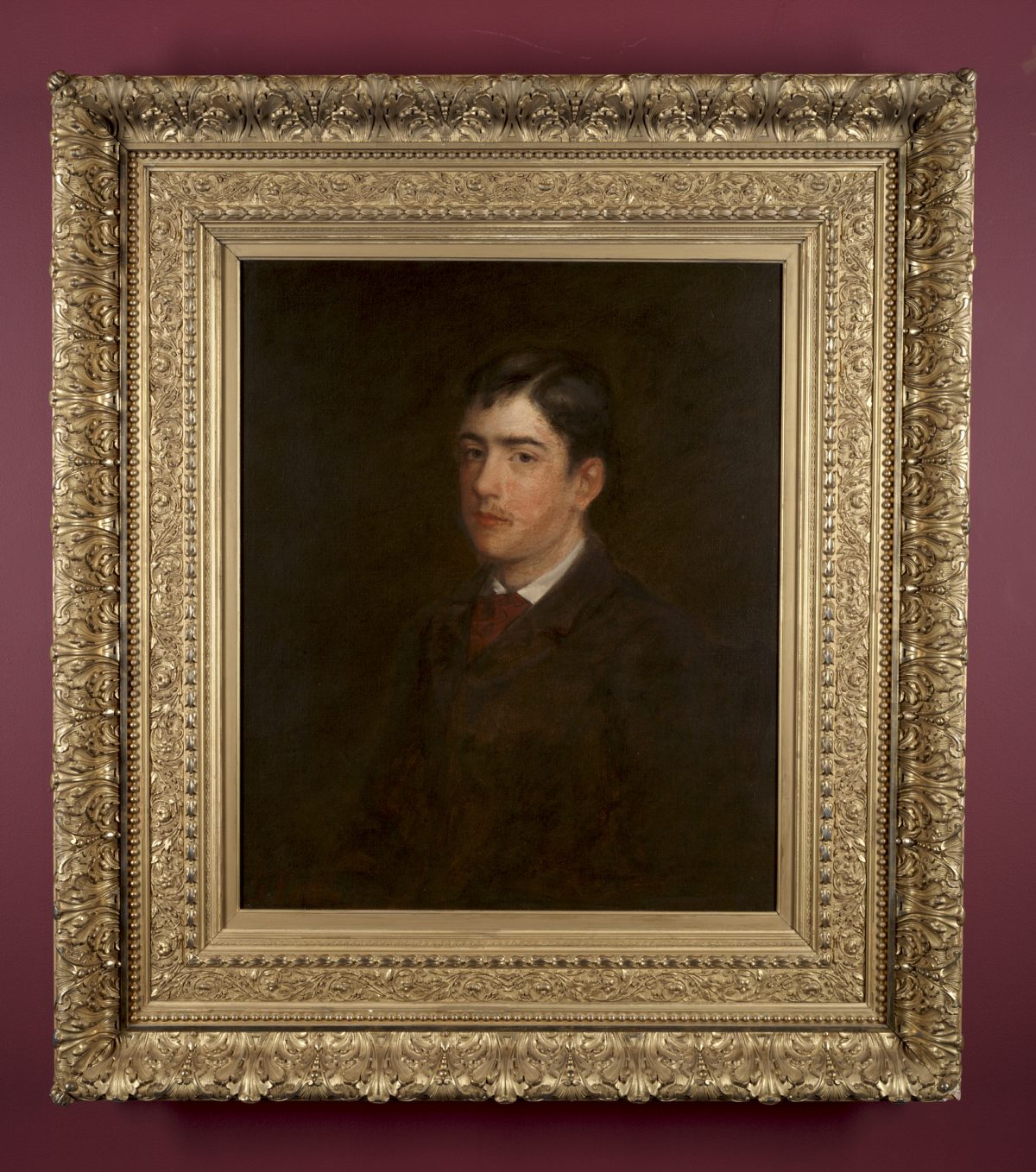 George Fuller was a native of Deerfield, Massachusetts, where he studied art with his half-brother, Augustus Fuller, a portrait painter. In 1842, George moved to Boston, where he frequented the Athenæum, and in the late 1850s he toured Europe. By the 1870s, he had settled permanently in Boston, a city that was particularly receptive to Fuller’s work as it was to that of William Morris Hunt, Fuller’s friend and colleague.

In its romantic moodiness, Fuller’s portrait of Maximilian Agassiz (1866–1941) is typical of the style that brought the artist success. Max, as he was known, was the son and grandson, respectively, of naturalists Alexander and Louis Agassiz. He became a prominent yachtsman and, beginning in the 1880s, was a popular figure among the social set at Newport. In this portrait, which was undoubtedly commissioned by his father, Max is shown as a boy of about fifteen. Typically, Fuller not only captured something of the boy’s sensitivity but also suggests, by giving him a hint of a developing mustache, the physical changes that a boy of this age would naturally be experiencing.