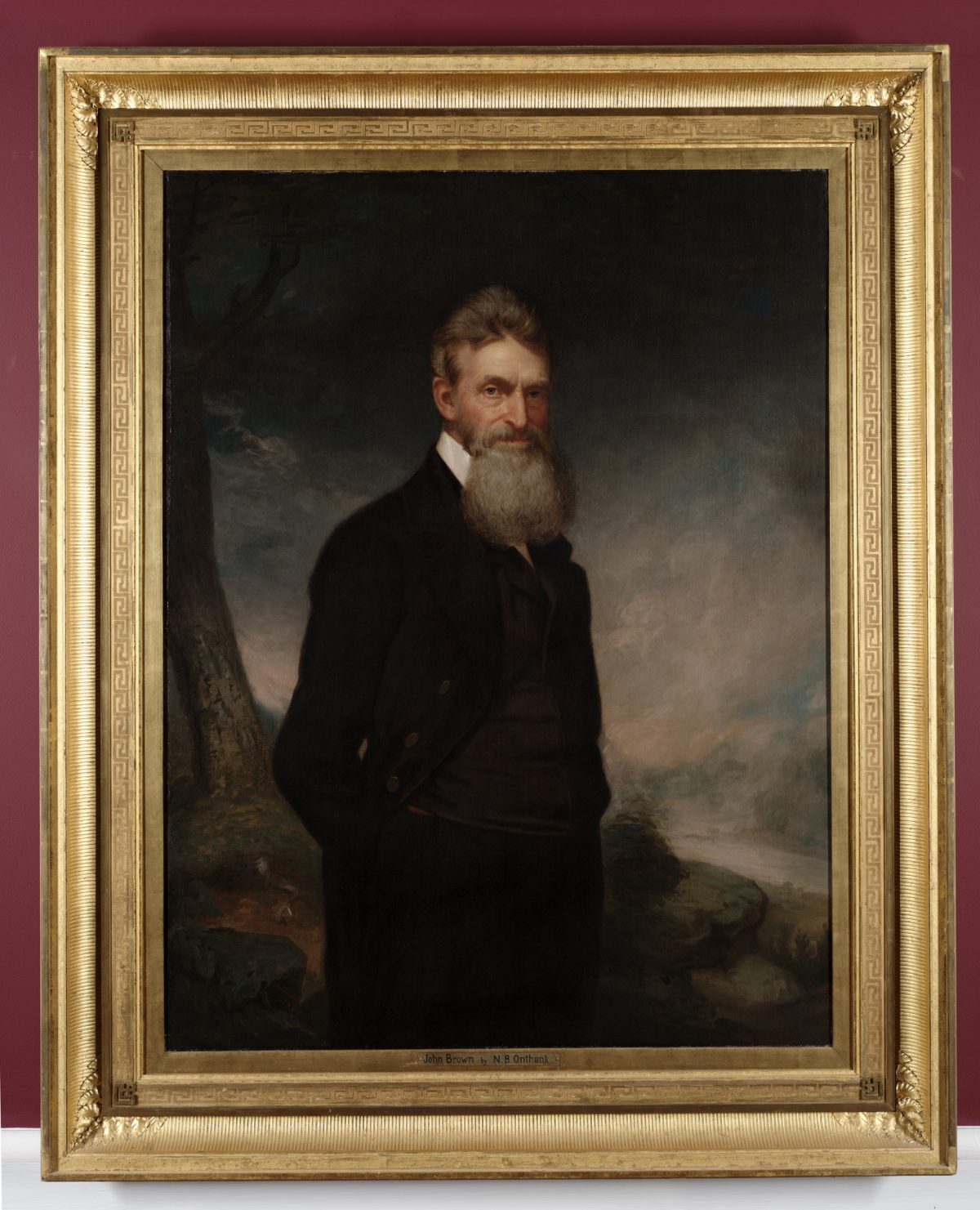 This portrait of the famous abolitionist John Brown has an unusual history that began in 1857 when Brown made his first visit to Boston and was photographed there by the city’s leading photographer, James Wallace Black. After Brown’s execution for his raid on Harper’s Ferry two years later, Boston portraitist Nahum Ball Onthank painted a copy of Black’s photograph by having the image projected onto a canvas, life-size. With the advice of several of Brown’s friends and family members, Onthank adjusted and improved Brown’s likeness and then made a new, final replica of his original painted copy. This portrait—a replica by Onthank of a copy by Onthank of a photograph by Black—is that final object. It was given to the Athenæum by several Bostonians shortly after the publication of the Emancipation Proclamation in 1863.