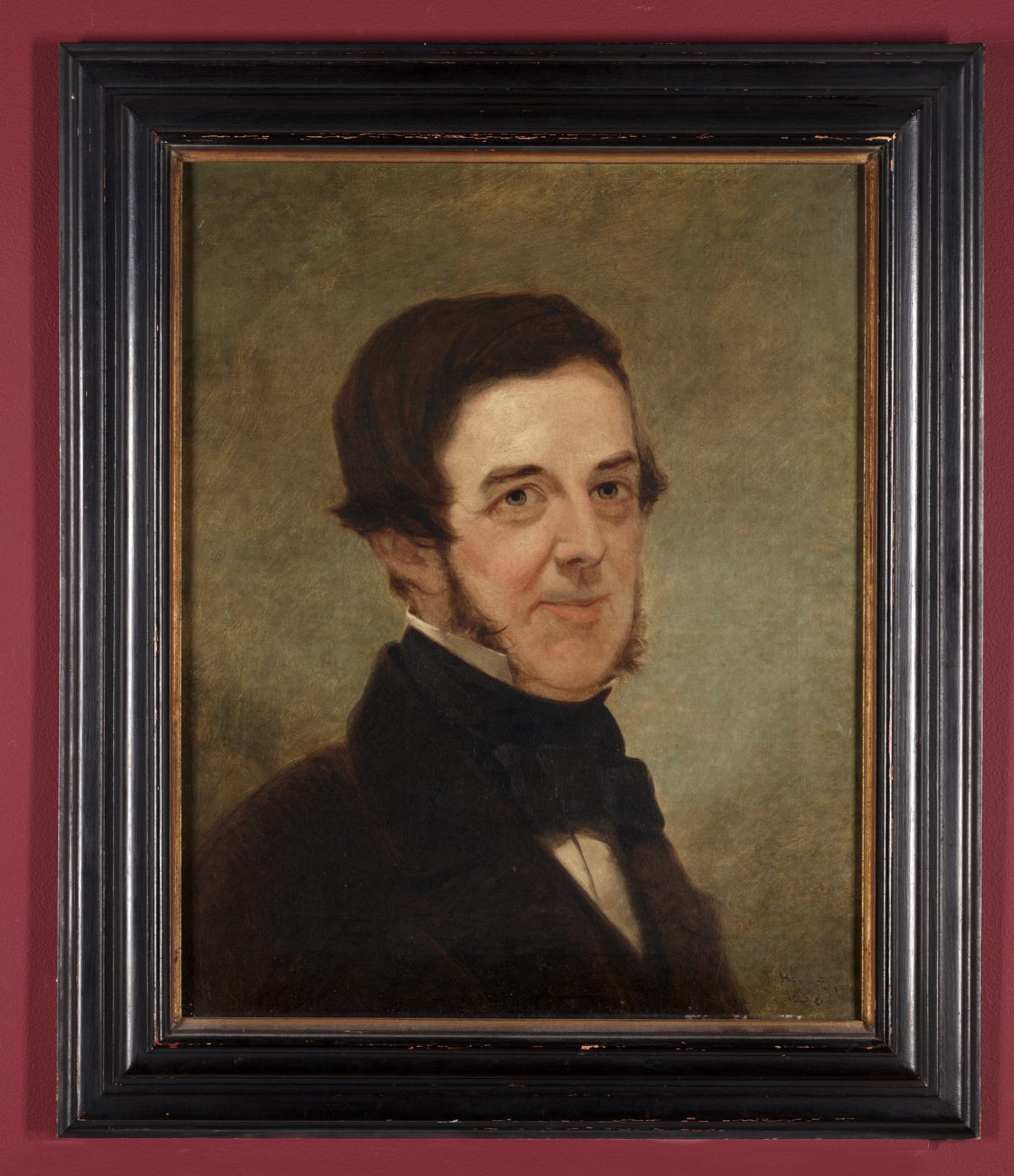 The scion of an accomplished family, Oliver Wendell Holmes, Sr. (1809–1894), had the type of diverse career that was common among intellectual Victorians on both sides of the Atlantic. He was a physician, professor, writer, and lecturer, best known for The Autocrat of the Breakfast-Table, a compilation of his essays that was published in 1858, the year that the American artist Thomas Hicks painted this portrait of him. Besides being a member of the faculties of the Dartmouth and Harvard medical schools, he was also a member of the literary elite that included Emerson, Longfellow, and James Russell Lowell. He was a progressive who, at a time when such beliefs were far from common, promoted the civil rights of African Americans and of women. Hicks specialized in portraiture of well-known Americans; among his sitters were DeWitt Clinton, Margaret Fuller, Abraham Lincoln, Harriet Beecher Stowe, and Bayard Taylor. His paintings appeared in a number of Athenæum exhibitions during the 1850s.