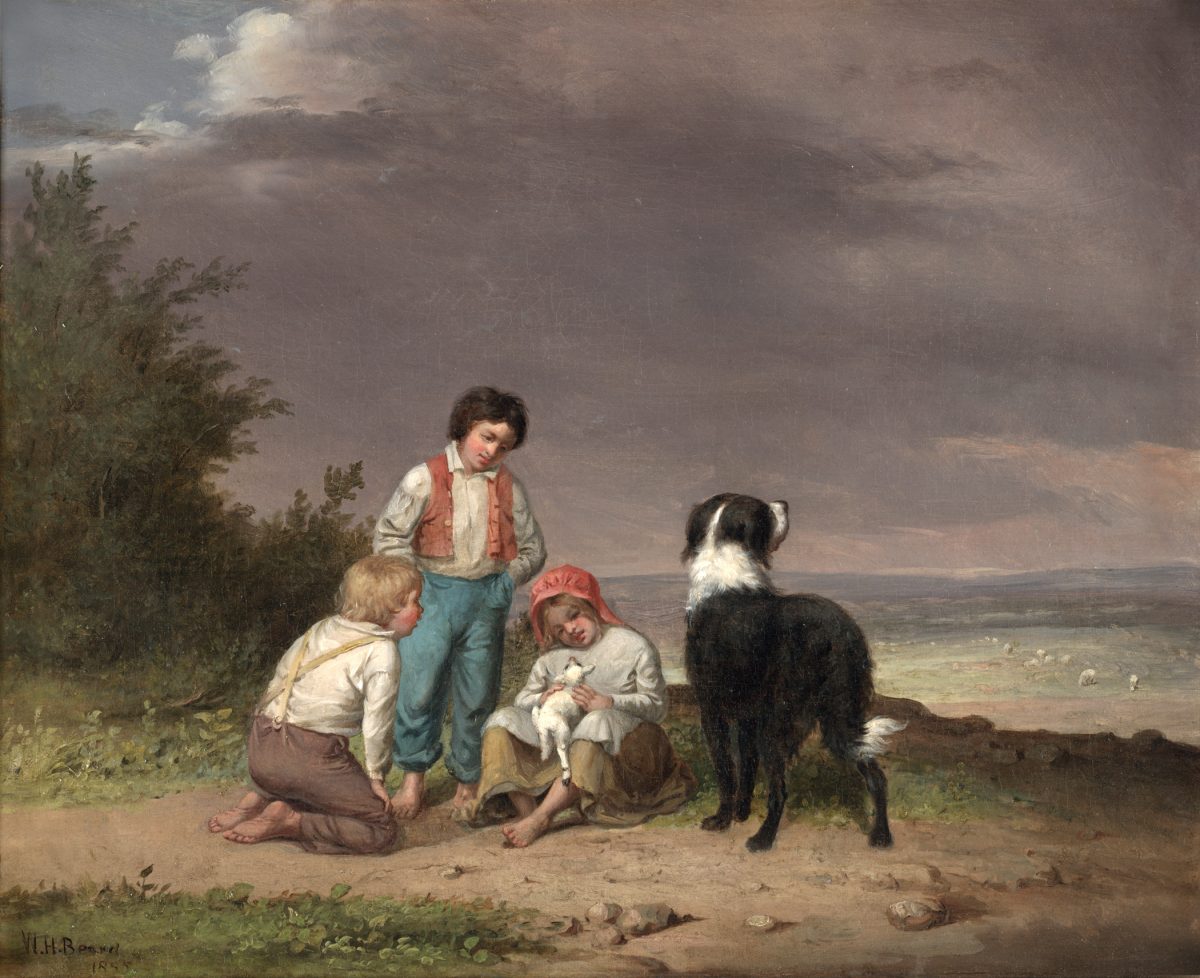 Inspired by the career of his older brother James, William Beard began working as a portrait painter in about 1843, first in New York City and then in Buffalo. Frustrated with the lack of patronage in that genre, he turned to painting animals, the subject for which he became famous. (His best-known work is Bulls and Bears of Wall Street, from 1879, in the collection of the New-York Historical Society.) In 1856, Beard went to Europe and then, four years later, settled in New York City. His paintings were included in many nineteenth-century exhibitions, including, beginning in 1858, those of the Boston Athenæum.

Beard was equally adept at painting animals simply as themselves, as participants in fantasies, or as allegorical representations of humans, usually involved in some folly indicative of human foibles. For Neglected Business, a rare early painting by Beard, he worked in a more traditionally narrative mode in which humans (children) and an animal qua animal (a dog) operate together to suggest a gently moralizing tale.

Athenæum purchase with funds given in support of the Chris Library, 2010