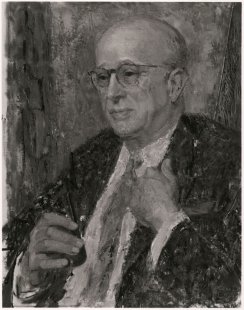 “In Boston when it snows by night/ They clean it up by candlelight./ In Cambridge, quite the other way./ It snows and there they leave it lay.”—David Thompson Watson McCord, 1940.

Poet and essayist David Thompson Watson McCord was born in New York City in 1897. He spent the first part of his childhood in Princeton, New Jersey, then moved to Oregon at the age of 12. There, he lived outside Portland on his uncle’s farm. The farm was on the edge of the wilderness and it was there, as he says, he learned “poetry is rhythm, just as the planet Earth is rhythm; the best writing, poetry or prose—no matter what the message it conveys—depends on a very sure and subtle rhythm.” Through his interactions with nature and a routine of Bible reading with his grandmother, McCord developed a love of rhythm and language.

As a young man, McCord returned to the East Coast in order to attend Harvard University. He concentrated in physics and intended to become a physicist. He graduated with a Bachelor of Arts in 1921 and a Master in Chemistry in 1922. Though his focus shifted toward writing, he always kept his passion for physics and astronomy and it was visible in his work. After graduating from Harvard, he remained connected with the school, first becoming editor of the Harvard Alumni Bulletin. Then, beginning in 1925, he spent the next 40 years as the executive director of the Harvard Fund Council, where he became famous for his skill at fundraising. He raised millions of dollars for Harvard, building a web of friendships and intricate networks over the years. In return, Harvard awarded him their first honorary degree of Doctor of Humane Letters in 1956.

Upon retiring from the Fund in 1964, McCord began to focus primarily on his writing. He wrote numerous books in a variety of styles and subjects, but was best known for his children’s poetry. He taught some courses at Harvard and traveled to schools around the Boston area, teaching young children about poetry. When he passed away in 1997, at the age of 99, tributes and memorials poured out of every corner of America’s press and literary scene. This was particularly true of his adopted home in Boston.

Part of what makes McCord’s poetry—especially his children’s poetry—fresh and funny despite the years is his absolute refusal to talk down to his audience. When asked about his work, McCord is quoted by the New York Times as saying, “Whatever may be said about this small but graceful art, three things should be remembered: good poems for children are never trivial; they are never written without the characteristic chills and fever of a dedicated man at work; they must never bear the stigma of I am adult, you are child.” This belief is reflected in several collections of verses featuring the many trials and triumphs of childhood. His works were nominated for a number of prestigious awards, with two collections (The Star in the Pail and One at a Time, the latter of which is a part of the Athenæum’s collection) nominated for the National Book Award in 1976 and 1978. Several of his poetry collections are available in the Athenæum’s Children’s Library.

While McCord is best known as a poet, he is also celebrated for his essays. Among the highlights in the Athenæum’s holdings of McCord’s work is his collection About Boston: Sight, Sound, Flavor & Inflection. Originally published in 1948, then reissued in 1964, About Boston contains essays detailing Boston past and present. McCord’s eye for detail makes each essay a charming snapshot of life in Boston during the time in which it was written. The topics vary from the natural history of the Charles River to classical music in Boston and each piece provides a brief, friendly immersion.

Among his many local memberships and fellowships, David McCord was a longtime member and trustee of the Athenæum, which he claimed “combines the best elements of the Bodleian, Monticello, the frigate Constitution, a greenhouse and an old New England sitting room.” His contributions to American poetry are vast and unforgettable, as is his connection here.