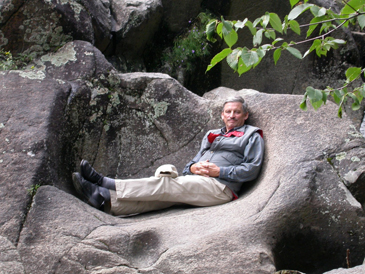 James W. Bradley was born in Boston in 1947, the first son of Wesley and Barbara Bradley.  Since his father was a young medical doctor, they moved frequently (Newport, Rhode Island; Norfolk, Virginia; and Ann Arbor, Michigan) finally settling in Syracuse, New York.  Still, Bradley thinks of himself as a Bostonian and explains his interest in history from being “in the shadow of Francis Parkman” when he lived on Beacon Hill’s Myrtle Street.  He spent his childhood in “Iroquois country” as the kind of boy who loved to be outside, getting dirty and looking for rocks, fossils, and snakes. “One day I found an arrowhead,” he says, “and that was it.  I realized that whoever had made that arrowhead and the Onondaga people who lived on the nearby reservation were somehow connected.  And more than that, here were people who still lived on their own land and spoke their own language five hundred years after Europeans arrived in North America.  Clearly, they had figured out how to survive, even when faced with profound and traumatic change.  I wanted to understand how that happened.”  And so began an academic journey into history, anthropology, cross-cultural psychology, and archaeology that would result in dozens of publications about the history of the Northeastern United States, from the end of the Ice Age to the present.

Bradley received his BA in History from Allegheny College in western Pennsylvania in 1969.  Although he planned to attend graduate school, the Vietnam War forced other decisions.  Two years earlier, he had registered as a conscientious objector and therefore was required to perform alternate service.  This took him to Louisville, Kentucky where he worked in settlement house.  In 1970 he also married his college sweetheart, Margaret Kirkland Bradley, who gave up a medical research position at the Joselyn Diabetes Clinic in Boston to move to Louisville where the best job she could find was in a nearby meat packing plant.  Little did he know this would be the first step back to Boston.

After Kentucky, they returned to Syracuse where both started graduate school.  James began studying American colonial history at Syracuse University but soon realized that his desire to study the interactions between the Iroquois and Europeans was limited by the historian’s traditional reliance on written texts, especially since the Iroquois relied on the spoken word, ceremony, and artwork to tell their own stories.  The Interdisciplinary Program in Social Sciences at the Maxwell School provided the answer to Bradley’s dilemma.  There he was able to work with archaeologists and cross-cultural psychologists as well as historians and put together a program that allowed him to study the Onondaga (the central nation of the Five Nations) from several different perspectives. 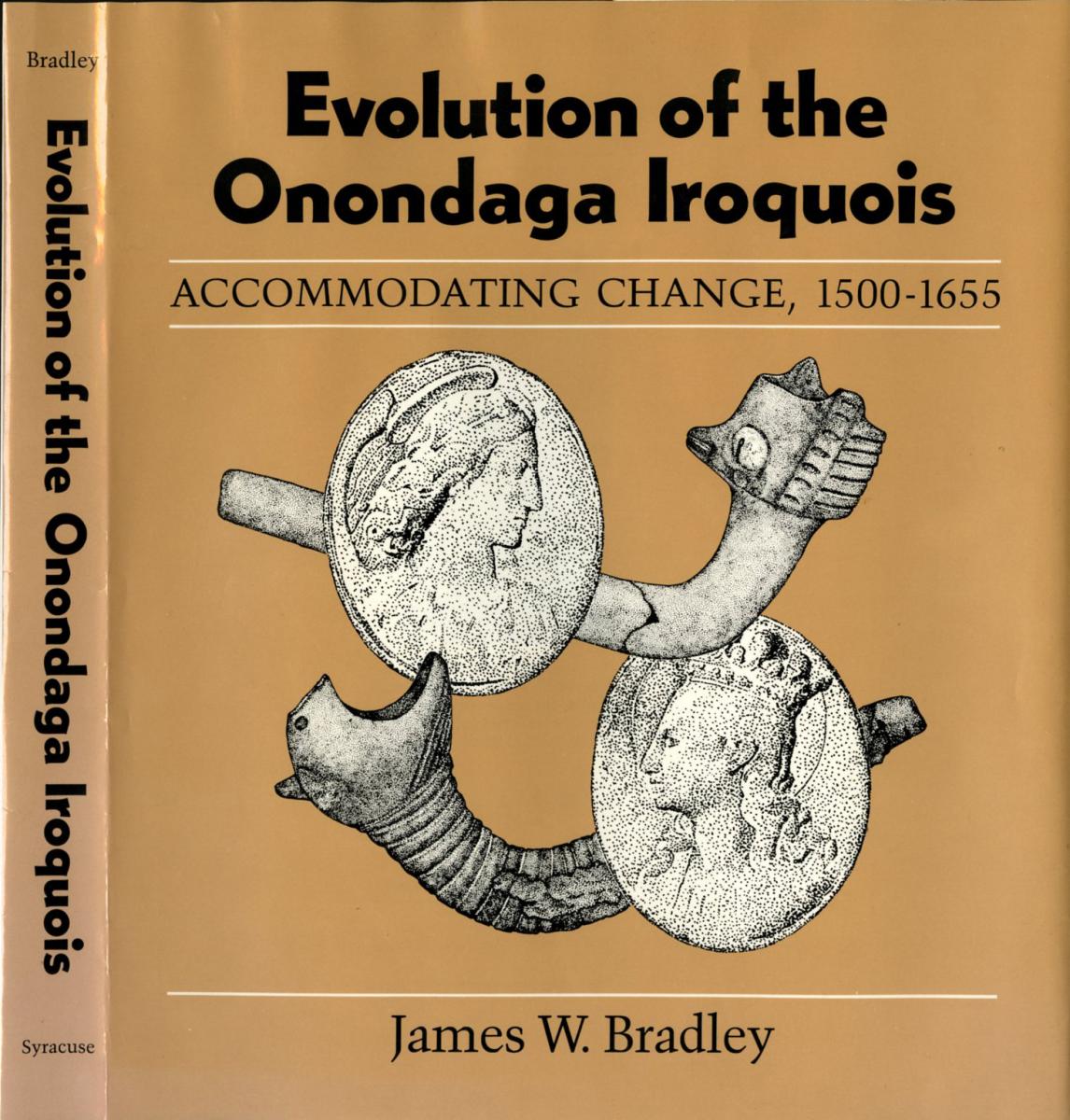 The Bradleys completed their respective Ph.D. degrees in the spring of 1979, James from Syracuse University and Margaret from the Upstate Medical Center.  However, since only one of them had a job—Margaret had received a post-doctoral fellowship at the (then) Sidney-Farber Cancer Center—they moved back to Boston.  Bradley found a position doing archaeological survey work on Cape Cod for the National Park Service and then began to consult with the Massachusetts Historical Commission.  In 1981, he joined the staff of the MHC to direct a statewide survey of historical and archaeological resources.  It was during this project that he met and fell in love with the Boston Athenæum.  Director Rodney Armstrong had generously granted free reader cards to survey team members and Bradley spent much of the 1980s reading town histories on the fifth floor.  Part of this statewide survey involved photographing some of the state’s most outstanding buildings.  Nationally renowned photographer Jack Boucher from the Historical American Buildings Survey (HABS) in Washington, DC spent several months in Massachusetts.  The buildings he recorded ranged from Trinity Church in Boston to Shaker barns in Berkshire County.  The resulting exhibition of Boucher’s work, one that later travelled extensively around the state, opened at the Boston Athenæum in April 1989.

In 1990, Bradley took a very different position, as Director of the Robert S. Peabody Museum of Archaeology, located at Phillips Academy in Andover.  Here he faced very different challenges, finding ways to interest high school age students in archaeology and working with Native American people.  Shortly after he began, Congress passed the Native American Graves Protection and Repatriation Act (NAGPRA).  This law required museums to return any affiliated human remains, burial objects and sacred objects in their collections to the appropriate federally recognized tribe.  Since the R. S. Peabody’s collections were almost exclusively Native American, and much of the material had come from burials, compliance was not going to be simple.  Over the next eleven years, Bradley worked with tribes across the country to see this law enacted.  This meant consulting with tribes and other museums in order to find the best and most appropriate resolutions.  One such solution was a partnership with the Pueblo of Jemez that returned roughly 2,000 sets of human remains to the Pecos National Historical Park in New Mexico for reburial, the largest single repatriation to occur under NAGPRA.  Bradley believes that NAGPRA was about more than just compliance; it was an opportunity for archaeologists to build a new kind of relationship with the people they study, one built on mutual respect for each other and the different ways in which they understand the past.

In 2001, Bradley left Andover to establish ArchLink, a privately owned business that seeks to link archaeology with education and preservation.  As a consultant who has worked with museums, schools, tribes and government agencies, his aim is to “translate” the oftentimes technical and obscure language of archaeology into what his clients need.  The results include museum exhibition scripts and designs, preservation plans, and publications for a wide range of audiences.  This venture has, once again, made him a fixture on the Athenæum’s fifth floor.  “I love the Boston Athenæum for many reasons, but one is because scholarship is taken seriously here.  However, serious does not mean dull and dry.  This is a place where one learns in many ways: from the staff, from the other patrons, from unexpected discoveries.  It is that shared quality of learning that makes the Athenæum such a productive place to work.”

In January of 2011, Bradley added to our own resources yet again with his lecture: Revisiting Wampum and other Seventeenth Century Shell Games.  Currently, he is completing the manuscript for a new book: Onondaga and Empire: An Iroquoian people in an Imperial Era.  This will be the sequel to his earlier book: The Evolution of the Onondaga Iroquois: Accommodating Change, 1500-1655 (1987) that ended with the arrival of resident French Jesuits in 1654.  The new volume will trace how the Onondaga dealt with their ever more encroaching imperial neighbors during the rest of the seventeenth century, concluding with the signing of successful peace treaties with both the French and English in 1701.  As always, Bradley hopes that his work will bring “a greater interest in and access to the Indian perspectives of our shared history.”