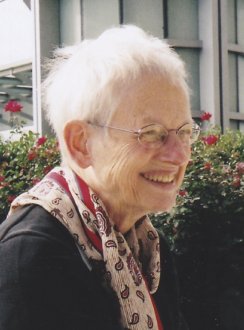 “There are always puzzles that you can never completely resolve. At some point you just have to draw the line, and you have to be comfortable drawing the line.” Joyce M. Bowden is responding to my question of whether she solved every mystery she set out to when she traced the family history on her maternal grandfather’s side. This project—which began in December 2004 in Columbia, South Carolina when she was tracking down her mother’s birth certificate, only to find that her mother’s legal first name was not what she thought it was—would span over nine years and culminate in the publishing of her first book in January 2014,  Four Connor Generations in South Carolina, 1790–1920.

The journey started when Joyce received her mother Rachel’s death certificate and noted that Greenville, South Carolina was the listed birth place. This did not jibe with Joyce’s memories of childhood visits to Rachel’s own childhood home in Shelby, North Carolina, so she decided to find the birth certificate. Joyce recalls sitting in the waiting room of the South Carolina Department of Health and Environmental Control​ in Columbia. “You fill out a form and you give it to somebody who’s going to do the research, and then you’re simply asked to wait. And I waited, and I waited, and I waited. And the researcher came back—she was very nice—I stood up when she walked in the room. She said, ‘I think you ought to sit down.'”

What the researcher found was that Joyce’s mother, the woman everyone knew as Rachel, was legally named Carrie Lou. “I think my mother thought her name was Rachel,” Joyce says. “I came to the conclusion it was a compromise between Mom and Dad. Dad wanted Carrie Lou because that was his mother’s name—turns out he was wrong [it was actually Caroline Lucinda]—and Mom wanted Rachel because that was her mother’s name. So the compromise was, for the official record, we’ll go for Carrie Lou, but when it comes to what we call her, we’re going to call her Rachel.”

It isn’t difficult to imagine how disconcerting this news must have been. “Here I was at the vital records center in Columbia, finding out that I didn’t even know my mother’s name! I remember walking out and sitting on a bench under a tree and saying to myself, ‘Well, Joyce, if you don’t know her name, what else don’t you know?'” And so she had her marching orders. The weight of discovery in the ensuing years was unanticipated; Joyce unearthed information of profound historical import. She writes, in the introduction to her book, “The task evolved from one done to satisfy my own curiosity to one done to provide a source for others with similar interests.”

But let’s back up a bit. Joyce was born in Georgia and, for the most part, was raised there. Between undergraduate and graduate school, in the mid-1960s, she served in the Peace Corps for roughly two and a half years. Her mission: to disseminate information on public heath. She trained in Seattle, Washington, learning Spanish in an immersive environment alongside hospital administrators, med techs, lab techs, visiting nurses, and teachers. She was then deployed to Bolivia. “Public health means something quite different there than it does here,” Joyce says. “We would routinely encounter diphtheria. There was even an outbreak of plague close to where my project was located. And my assignment was a leprosarium.” I hazard that this sounds like an unusual Peace Corps experience, and she confirms it is, though she is quick to add that leprosy is not, in fact, a fatal disease, “despite what has been written about it. It can be treated, and the disease can be arrested, and people can return to normal life.” Even so, pervasive fear of the disease meant that those afflicted with leprosy (or, in some cases, those simply thought to be afflicted) were quarantined far away and effectively forgotten about, making proper treatment challenging to conduct.

“My job while I was there was to start some sort of system of keeping track of who the patients were. Just name, age, sex, what part of the country they came from, what was the diagnosis. Once we had interviewed all of them and recorded all of this data, the medical director then sent me and a lab tech to those places where the patients came from. To make presentations to the medical personnel, if there were any in those places.” Medical personnel could mean one or two doctors, or it could mean a group of midwives. “Really, anybody we could get to listen to us.” Her audiences were not always eager to listen or enact change, though. “We found sometimes just showing up worked better, because that didn’t give them a chance to get their defenses up.” I ask the natural (if not naïve) question, Why such resistance to improvements? “It all comes down to resources,” she says, “and there weren’t any resources.” I think about the obstacles she and her fellow volunteers must have met along the way, and, feeling a bit dizzy, ask whether she left feeling accomplished, or if things just seemed hopeless. “Any small improvement, any little bit of progress, as in the case of leprosy treatment, is huge.”

After the Peace Corps Joyce studied Latin American history in graduate school. Completing her master’s degree, she took a job representing a Washington D.C.-based foundation that ran programs in Central America and the Caribbean. She worked in Guatemala, Honduras, El Salvador, and the Dominican Republic. After about two years she left the foundation looking for a new challenge and decided to move to Boston, taking a fundraising job at Tufts University. She then worked on capital campaigns for M.I.T. and Brandeis. Out of a chance meeting with a Merrill Lynch branch manager while both waited to run a 10K came a job interview. Merrill Lynch was actively trying to hire more women at this time, and Joyce joined the team. She proved a natural for sales, which she surmises is a result of her upbringing during World War II. Her father worked for Bell Aircraft so she and her family frequently traveled. “Trains were filled with soldiers, and sailors, and people, and families like us. To me, as a child, it seemed like the whole world was on the move.” She would walk up and down the aisles of the train, chatting up the people who, just like her, were constantly in motion.

In 2001 Joyce moved to Boston with her husband, whom she had met while training her replacement Peace Corps group. They had lived in Boston in the 1970s but spent most of their married life in the midwest. She read in the news that the Athenæum was undergoing its second renovation at 10½ and tracked its progress, joining when the doors re-opened in 2002. In 2009, she answered the Athenæum’s appeal for docents to lead semi-weekly art and architecture tours (she still does them to this day). By this time she was well-credentialed, as she had several years of experience giving tours for Historic New England. “All I knew was that I just wanted to be involved in history in some way,” Joyce recalls of her mindset when she returned to history-rich Boston. She responded to an ad from HNE in the Boston Globe and was hired as a house museum guide, giving tours of Harrison Gray Otis House on Cambridge Street and Walter Gropius House in Lincoln, working part-time year round at both houses. She served in this capacity through 2007, stopping not out of fatigue or boredom but because she wanted to jump headfirst into her family research, which had been gradually gaining momentum since that game-changing surprise in Columbia, South Carolina in late 2004.

Joyce’s latest work is an article that appears in the spring 2015 issue of American Ancestors. Entitled “Documenting Our Shared Past: Black & White in South Carolina,” the piece is co-authored with Morna Lahnice Hollister, a family historian and geneaologist who lives in Simpsonville, South Carolina. Both researching their family lines, the two met in 2010 after learning “their ancestors’ paths had intersected, and that a tiny detail of one family’s history was central to the other’s story” (42). It turns out that some of Joyce’s ancestors had owned slaves who were Ms. Hollister’s ancestors. Suddenly a solo journey to understand her roots had social resonance—wider ripples in the murky waters of American history. I ask Joyce what the article is to her and she says that “It’s an interesting story of black and white families in South Carolina, and if that’s all the reader gets out of it, it’s fine. But beneath that, is a story about sources, and how, if you’re interested in Southern family history and genealogy​, you have to pursue the unusual, you have to pursue the rare, you have to pursue the difficult. In other words, you need a broad approach to sources.” Indeed, both her article and her book are thoroughly well-sourced—the source list for the book, for instance, is 17 pages long.

I wrap up my conversation with Joyce by asking what the great joys were of the whole process. “When I’m asked to speak about this topic, I start out by saying, with a smile, to the people in the audience, ‘All of you would like to do your genealogical research in your jammies. I know that—I would too.'” I immediately think about how advertisements pitch the opposite message, that nothing worth doing involves putting on pants and going outside, and I am heartened, and Joyce smiles. “You’re going to have to leave the house,” she says. “You’re going to have to travel. You’re going to have to get out of your comfort zone.”