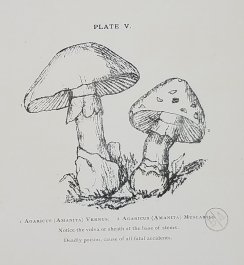 Julius Aboyneau Palmer, Jr. spent his early years as “a roving blade” working as a merchant sailor and captain.1 Palmer was born March 1, 1840, to Julius Aboyneau Palmer, a jeweler and politician, and Lucy Manning Peabody, who bore eight other children. This native Bostonian crossed the Pacific Ocean four times, went around Cape Horn and the Cape of Good Hope, sailed the Mediterranean twice, and spent periods in South America, Japan, and the Hawaiian Islands. He briefly lived in San Francisco before returning to Boston. He mastered many languages, speaking and writing in French, Spanish, Italian, and Portuguese.

Eventually Palmer settled down and turned to writing and lecturing. One can imagine the Athenæum’s ambiance suiting this pursuit. He wrote as a contributor on various current topics for many periodicals, including the Boston Transcript Company (“A trustworthy, clean, and interesting family newspaper”) and the Boston Globe.2 Many of his fictional stories were nautical in nature. Palmer’s experiences as a sailor were just one aspect of his passion for the outdoors. He was a member of the Athenæum as well as the Boston Marine Society, Massachusetts Horticultural Society, Appalachian Mountain Club, and the New York American Shipmasters Association.

Being a “professed fungus eater,” he stalked mushrooms on the Common as one of the founding members and first president of the Boston Mycology Club in 1895.3 Mushrooms and amateur mycology were growing in popularity at that time. Within two years the club had 430 members.4 Palmer published articles about their properties in medical journals and newspapers. Many focused on what made fungi poisonous, and on his own experiments eating them. In a letter to Charles Peck, an authority on fungi, Palmer recalled an inconclusive chicken dinner of a potentially psychoactive variety, calling it “very sweet and good.”5 Palmer rejected British mycologist Miles Joseph Berkeley’s theory that the alkalinity of mushrooms is what made them toxic. He also theorized one could be poisoned by the absorption of toxins through the skin.

Palmer first lived in Pemberton Square, Boston—an area just north of the Athenæum that was eventually torn down to make way for the new court house. He moved farther away to the top (third) floor of Number 10 on Broad Street for the last period of his life. During his travels, he observed that many people lived in the same part of the city in which they worked. There he had a telephone, and according to one Boston Globe article about him, he twice used it to save his building from fire. It is also noted that he owned a beautiful piano that used to belong Josie (Helen Josephine) Mansfield.6

In December 1893, the Boston Transcript Company commissioned Palmer to go to Honolulu “for the purpose of ascertaining the facts in regard to the revolution which was inaugurated on the 17th of January of that year.”7 During that visit, he interviewed Queen Liliʻuokalani as well as officials in the Provisional Government, which had overthrown her. Palmer wrote many telegraphs detailing his observations supporting the Queen and the Hawaiian people. When Queen Liliʻuokalani visited the U.S. in 1896 to 1897, Palmer acted as her personal secretary, which put him into the public eye; their relationship was construed as a romantic one by one news article.8 She mentioned Palmer in her memoir, writing that his “reputation as a man of unblemished honor and integrity, recommended him to me…I have found Captain Palmer to be well informed on all matters relating to Hawaii, whether in those earlier days when he visited the Islands under the monarch, or since 1893 under the rule of the Provisional Government.”9 He used his connections to organize meetings for her with officials, including President McKinley, for whose inauguration she received an invitation. Palmer witnessed the signature of her official protest to the treaty annexing Hawaii. His extensive journalistic work informed his later published books.

Palmer died January 11, 1899, in Boston, and is remembered most for his acquaintance with Queen Liliʻuokalani—which garnered considerable public interest—and also as a gentleman scholar with diverse interests in steam engineering, nautical navigation, and mushrooms.

About Mushrooms: A Guide to the Study of Esculent and Poisonous Fungi​ (Cutter Classification JE .P18​)
Memories of Hawaii and Hawaiian Correspondence​ (Cutter EBU .P18)
One Voyage and its Consequences​ (Cutter :VEF .P184 .o)