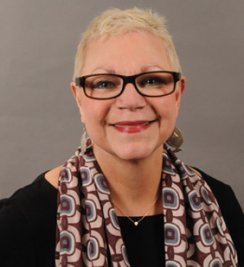 Lynne Byall Benson, part time resident of the fifth floor, has a new book coming out in December 2018, called Moxie and a Good Sense of Balance: Nancy Drew and the Power of the Teenage Girl. Nancy Drew has been around for more than 80 years and has changed a great deal—sometimes what was considered appropriate at the time—challenging the sphere of her gender. In her book, Lynne offers an analysis of this classic character as a proto-feminist role model for young women through the decades.

Q: Tell us a little about yourself.

Lynne Byall Benson: I was born in a suburb of Cleveland, Ohio—Lakewood, Ohio—grew up in a neighboring suburb, Rocky River. I was there most of my life. I went to the University of Kentucky for undergraduate school, got a bachelor’s degree in English, did a whole lot of things in between, and then eventually went back to school for a master’s and a PhD from Cornell University.

So in between I worked. I was a development officer at Cornell, I worked in the corporate sector, and right now I’m a professor in Women’s, Gender, and Sexuality studies at UMass Boston, and I also am an adjunct professor in the English department at Bunker Hill Community College.

Q: What made you decide to go back to school?

LBB: Well, I guess in the first place, we were in Ithaca, New York [laughs], and, you know, what else do you do! But at the time I was a development officer, I was Director of Alumni Affairs for the College of Human Ecology, and I was taking courses as I was working through the employee degree program. And then I got offered a fellowship, and I was able to quit my full time job and become a full time student. It’s something that I always wanted to do…it was always in the back of my mind, but I had this opportunity and I really had to take advantage of it. And it was wonderful. I loved every minute of it!

LBB: When we moved to Boston, I was writing my dissertation. My research materials were at the Schlesinger Library, very accessible. However, once I started writing, my husband felt I needed a place to go, as opposed to just going upstairs to my office in our house. So, in 2000, he gave me a membership to the Athenæum, and eventually we joined as a family, just the two of us, and we’ve been active members ever since. We love the programs, and as I said I wrote my dissertation here, up on the fifth floor. I wish I could spend more time up there, but unfortunately I’m working now, so I don’t have the time that I’d had before.

Q: What appeals to you about the Athenæum?

LBB: I love the programs. My husband and I both love the programs…it’s just a wonderful place, it truly is one of the gems of Boston, but in my particular case, it was the energy up on the fifth floor. You know you’re not supposed to talk, you’re not supposed to use cell phones, it was the way to get away. Everybody up there is working very intently and very seriously, so that energy inspired me. Plus, I met a group of really cool women, and we were all working on different projects, and we would confer with each other in the members’ lounge. We’re still friends and in touch to this day, even though we don’t see each other very often…That was back when the Athenæum used to do teas on Wednesday afternoons, and I really miss that because it was a chance to get to know other people.

Q: What was the subject of your dissertation?

LBB: My dissertation was about the Deans of Women at the coeducational institutions of the progressive era, and my research materials were their conference proceedings. They had every single year, except for, I think, 1928 and 1932 at the Schlesinger, so I was very fortunate that everything that I needed was in one place…And [the staff] were wonderful, they were just fantastic.

Q: Why don’t we talk about your new book?

LBB: My book is Moxie and a Good Sense of Balance: Nancy Drew and the Power of the Teenage Girl. It’s essentially an analysis of Nancy Drew. I have felt for a long time that she can be portrayed as a feminist role model, but the Nancy Drew that I feel is the strongest proto-feminist role model is the Nancy Drew from when she was first created in 1929. That’s really what the book is about, and I also look at what was happening in society that contributed to her popularity. I really enjoyed writing it, it was a labor of love. It actually started out as a conference paper about eight years ago, at a girls’ studies conference at SUNY Cortland in upstate New York. I thought I’d done Nancy Drew, but then I kept going back to Nancy Drew and finding more and more ways to look at her. I refined my chapters, presented them as papers, got feedback…it’s a really long process to write a book as relatively short as this is! But I’m very happy with the result, and I hope other people will be, too.

I also take a look at the 21st century version of Nancy Drew. I look at some modern female detectives, like Veronica Mars and Jessica Jones, and I think it’s really important to present not only Nancy Drew but these other women as role models, especially in the light of the Me Too movement. I think young women need feminist role models to look up to and get inspiration from.

LBB: She does, and I spent a lot of time reading Nancy Drew throughout the decades [laughs]. My mother introduced me to Nancy Drew when I was about nine years old, she gave me her copies. I should have followed up on this story that she and my grandmother used to always talk about. Mildred Wirt Benson, who was one of the Carolyn Keenes—Carolyn Keene is a pen name, as I’m sure most people know—her first husband was a reporter for the Associated Press, and they lived in Cleveland, in Lakewood, Ohio, where I was born and where my mother grew up. She and my grandmother always used to tell this story about how there was this lady that lived next door to them that was always on the typewriter, and they told me that it was Carolyn Keene! I should’ve just followed up on that to see if it was actually true, but it was fun to think about anyway. I’ll be disappointed if it’s not true. But Mildred Wirt Benson really did live and work in Cleveland, and I credit her with coming up with the Nancy Drew that I admire the most: intelligent, independent, gutsy, brave, but lady-like at the same time.

Q: Tell us a little bit more about your writing process, the struggles and joys of writing.

LBB: It really is hard to find time, especially because of my teaching schedule. I try to carve out little bits and pieces, but I do most of my writing in the summertime because my teaching load isn’t as heavy, and I have the time to come here and work. I actually wrote most of the Nancy Drew book upstairs on the fifth floor. It’s too hard to work at home because there’s always procrastination—oh, I have to do the laundry, oh, I have to make the beds, oh, I have to walk the dog, I have to get a cup of tea—so to look upon writing as your job, you get here (to the Athenæum) and it’s your mission. But it’s a struggle to find the time. I think once you get in the groove, you know, there’s nothing like it. I really enjoy it. Once I get going.

LBB: I have a project that’s been simmering for a while. When I was Director of Alumni Affairs for the College of Human Ecology, it had been the former College of Home Economics at Cornell, and it was one of the first colleges of home economics in the land grant system. I’ve been very much interested in the development of home economics as an academic field for opportunities for women, and I actually wrote my master’s thesis about the history of home economics at Cornell. What I found is that in the curriculum of home economics, home economics majors had to spend time when they were seniors in a practice house or a practice apartment. There were maybe five or six students with a faculty advisor, and they had to demonstrate their ability to put together a household budget, stay within that budget, clean the house properly, essentially demonstrate that they knew the “household arts” as we tend to think of home economics. In the 1920s, at least at Cornell, introduced into that scenario was a baby. A real baby! From the 1920s to the 1950s, the directors of the college had arrangements with the social service agencies nearby, would sign a contract, and they would have a baby in this practice home for the semester. Each student had to take a turn being mother of the week and taking care of this child. To me, it’s a fascinating story, and I want to tell the story. Not only at Cornell, but this became part of the home economics program at other land grants. I want to do a little digging around and tell the story, without any judgment because when I tell this to people they are absolutely horrified at the idea, but on the other hand, at least in the case of Cornell, during the time when these children were in these apartments, part of that time was during the Depression and many people couldn’t afford to keep their children because they couldn’t afford to feed them properly. Once these children, if they were orphans, came through the Cornell program, they were well-nourished and on their way to being well-adjusted, so they were highly sought after by adoptive parents. It strikes people now as being really, really strange, but back then I don’t think it was considered all that unusual. I think the faculty involved really felt they were doing a service for the benefit of the kids. I’ve just started having conversations with publishers, so we’ll see what happens.

I do love to write, and again, my challenge is just finding the time to do it, but I also love the research. I did some of my research in secondary sources in women’s education here, downstairs in the basement where they have the Cutter women section. I really loved digging around there. I was in the Children’s Library a lot with Nancy Drew, too. I think you really have to have a passion for looking and seeking archival material, and I love to do it, that is one of my joys. And also, of course, finishing the project!