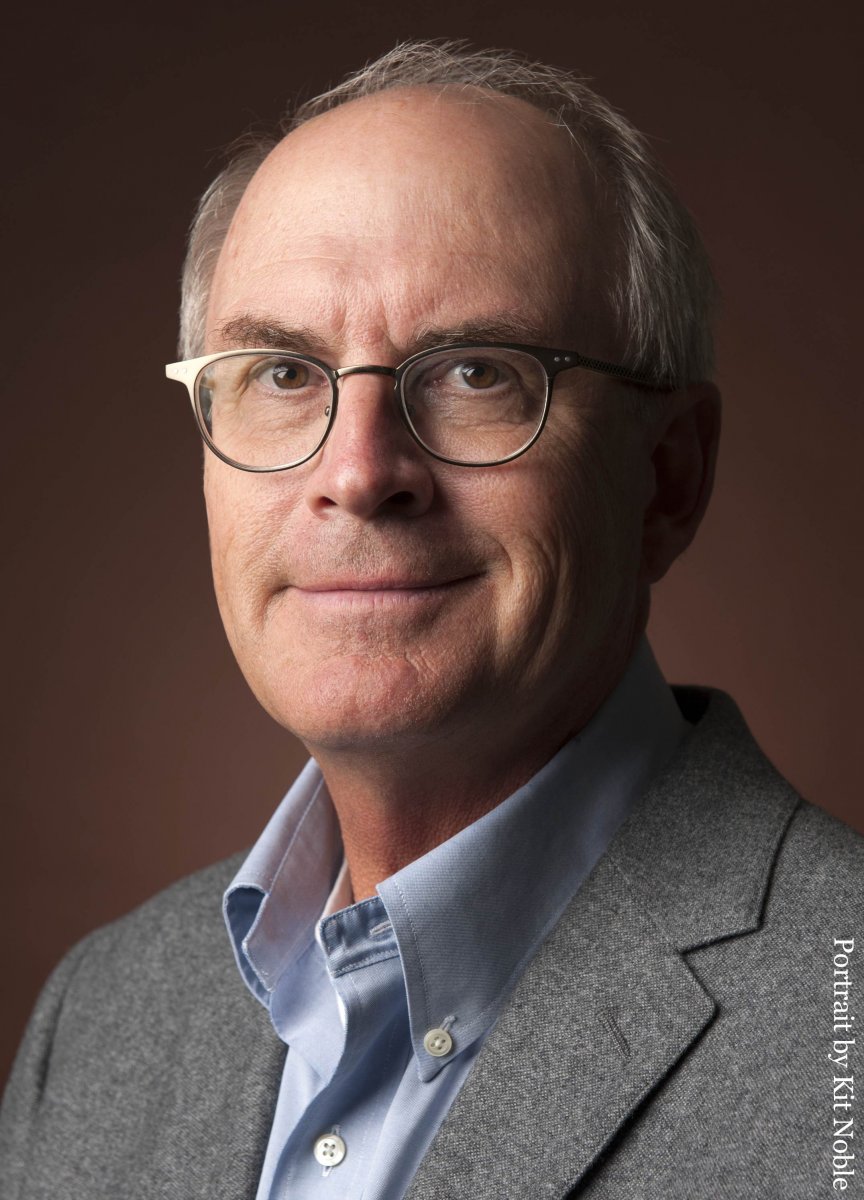 An English major who never enjoyed his history classes, Nathaniel Philbrick writes history meant to be enjoyed. A frequent New York Times bestselling author, he won the National Book Award for nonfiction for In the Heart of the Sea in 2000 and was the finalist for the Pulitzer Prize for History for Mayflower in 2007. Many of his books have become or are in the process of becoming feature films. His newest book, Valiant Ambition, is the second of three books about the Revolutionary War. Philbrick came to the Athenæum to speak about it on June 16.

Philbrick does not believe his own life story merits anyone’s attention. He likes to go sailing with family and that’s it. He watches “stupid” television. “I’m a writer,” he said. “Not a lot going on here.”

Born in Boston, Philbrick grew up in Pittsburgh, and earned degrees from Brown and Duke. While at Brown University he became its first Intercollegiate All-American sailor in 1978 and then won the Sunfish North American Championship. Long before In the Heart of the Sea and Sea of Glory, Philbrick edited the magazines Sailing World and Yaahting: A Parody. He moved to Nantucket with his wife Melissa and two kids in 1986 and has lived on the island ever since. His first book, Away Off Shore, grew out of his desire to understand his new home.

Though well known for his oceanic epics, Philbrick never considered himself a “sea writer.” “I’m just really interested in America,” he said. He said each book “organically evolves from the one before it” and he is fascinated by leadership: “The book about Benedict Arnold evolved after finishing Bunker Hill: I just had to see where George Washington was going to go to next in the Revolution, but wanted to pair him with someone who would take the narrative in interesting places [and] ended up with Benedict Arnold.” Philbrick, however, doesn’t ignore the connections to the sea if they come up: “I’m always interested in trying to cast a light on the maritime side of history that isn’t always thought of being sea—well, water, connected.”

Philbrick has always been fascinated with the dark side of human behavior. He told National Writers Series in 2013, “I love the details. Especially if someone is suffering from dehydration and starvation.” He also told New York Times Book Review this May that one of his admired writers is Stephen King: “I may write history, but all my books are horror stories of one kind or another.” And even if he were to try to write an upbeat tale, he doubts it will end well: “All my books seem to lead to betrayal and disaster and a lot of suffering.”

When researching a topic for a book, Philbrick records his first impressions and reactions in a notebook and goes back to them later. As he told the Paris Review in 2013, he has learned those responses ultimately shape his book: “I find that when I’m new to a topic, that’s when I’m catching the best details. It’s all new to me—it’s what the reader will respond to. Because you can so easily over-know a topic, and you lose the magic. It becomes interesting to you, but you’ve lost the connection to the reader.”

For Philbrick, his writing process would turn into a family affair before sending his work to his editor. He would read drafts aloud to his wife and after receiving her “pointed” notes, send his revised draft to his father and mother, a retired English professor and kindergarten teacher, respectively. He still does this with his wife and father, who both have been a part of his writing “since the beginning.” Philbrick views his writing as solitary work so another mind early on is very helpful: “It’s nice when you’re in the beginning of the early stages of the book to have readers you know well enough that they’ll tell you what they think and you’ll know where they’re coming from.”

As a result of being “stuck like a barnacle to Nantucket,” Philbrick feels he does not have the opportunity to give the Boston Athenæum the time it deserves. He appreciates the people who contributed to the Athenæum’s history, as well as those who sustain it today. “It’s not only a wonderful literary refuge within the craziness of Boston,” he said about its appeal, “but it’s the people I’ve run into.” The Nantucket Atheneum, though unaffiliated, also had its present location built in 1847 and Philbrick thinks of it as the Athenæum’s “Nantucket outpost,” which has been important to his work. But even brief stays are hard to manage: “Every time I go in there, I don’t really want to leave.”